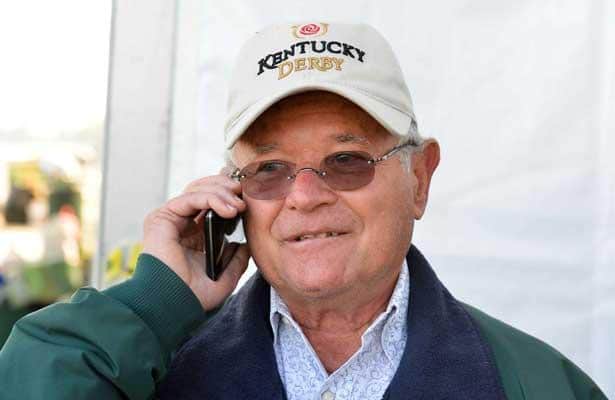 Art Sherman, who is best known for training California Chrome to a win in the 2014 Kentucky Derby and two Horse of the Year awards, is retiring at the end of the year. The 84-year-old trainer told Blood-Horse this week he plans for the horses currently under his care to be transferred to his two sons, Steve Sherman and Alan Sherman.

According to Equibase statistics, Sherman has saddled 2,261 winners since 1979 with purse earnings of more than $45.3 million. In addition to California Chrome, he has conditioned eight other graded-stakes winners including Grade 1 winner Siren Lure, Ultra Blend, Langfield and Haimish Hy.

Sherman told Blood-Horse his retirement plans include traveling with his wife Faye and visiting family. He also plans to do some bloodstock work on a limited basis.

"I got a lot of people I know all over the country," Sherman told Blood-Horse. "I've never been to Ruidoso (Downs). I've got a friend who used to own a piece of 'Chrome,' and he's been inviting me every year. That's on my bucket list—to go for the All American Futurity."