When will horse racing resume? Updated look at tracks 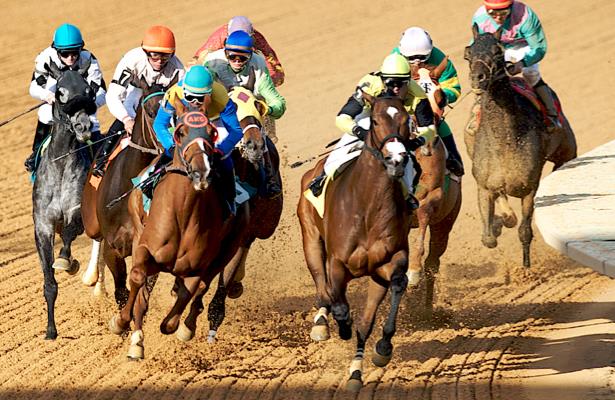 The first steps toward a return to normalcy in horse racing will be taken next week with the scheduled openings of tracks in California, Kentucky and West Virginia.

As the U.S. starts emerging from its coronavirus-related shutdown, Golden Gate Fields will resume racing without spectators on Thursday, the same day that West Virginia Gov. Jim Justice's go-ahead for Charles Town is in effect.

Golden Gate's sister track to the south, Santa Anita Park, is awaiting formal approval to resume business Friday. That Saturday, May 16, Churchill Downs in Kentucky kicks off an abbreviated but landmark spring meet. Churchill is the first track to race that will be introducing a fully new horse and human population to its backside under intense coronavirus safety protocols.

As for the large circuits in New York, Pennsylvania and Canada's Woodbine, the situation remains fluid. Horsemen in New York are hopeful racing can start at Belmont Park sometime in late May, though officials for the New York Racing Association continue working on a timeline for opening.

In Pennsylvania -- home to Parx, Presque Isle Downs and Penn National, among other tracks -- the state racing commission this week submitted a letter to Gov. Tom Wolf requesting the resumption of racing in the Keystone State. Presque Isle Downs has set June 8 as the earliest racing can resume.

Woodbine's Jim Lawson said this week he's "optimistic" racing can begin there in June. "We will be commencing timed workouts in the near term at Woodbine to help us prepare for the opening of the season," he wrote in a weekly update.

As for Maryland, track officials and horsemen are hoping Laurel Park can open later this month following the recent release of Gov. Larry Hogan’s “Roadmap to Recovery.” In a recent letter to membership, Maryland Thoroughbred Horsemen’s Association President Tim Keefe said “it is advised to take the appropriate steps to plan for a possible mid-May resumption of live racing. Once again, there is no guarantee, but you should be ready to run should it occur.”

Plans are more concrete in New Jersey after Monmouth Park announced it will kick off its summer meet on July 3. The $1 million Haskell (G1) is set for July 18. This year, one of the summer's top races for 3-year-olds will run as a standard stakes race and not an “invitational.”

Things aren't as hopeful in Iowa. At Prairie Meadows Racetrack, its scheduled Thoroughbred/Quarter Horse mixed meet set to open May 1 has been delayed indefinitely. Last week, more than 1,100 workers were laid off from the casino/racetrack in Altoona. Prairie Meadows CEO Gary Palmer pointed out in a press release that "our focus is to reopen as quickly and safely as possible."

In Texas, racing could resume at Lone Star Park later this month or the first part in June, according to horsemen’s representatives. The stable area at Lone Star opened on Monday, and Gov. Gregg Abbott has to this point taken an aggressive tack to kickstarting the state’s economy.

Meanwhile, smaller circuits in Indiana and Louisiana are also a go and progress is being made at Emerald Downs in Washington with an updated look at track openings below: