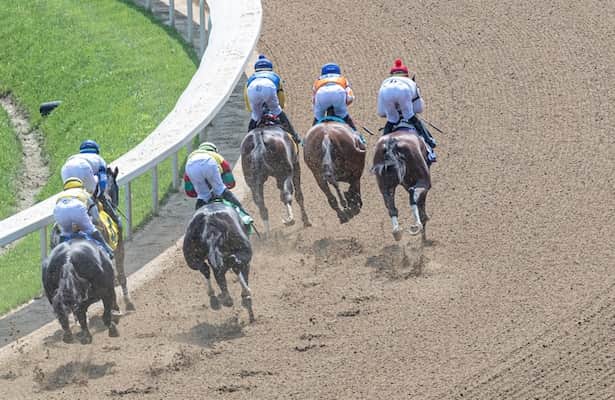 In the final week before opening day at Colonial Downs and Saratoga, favorites were successful 40.3 percent of the time. This is an increase from the prior week's win rate of 37.0 percent. Average field size decreased to 6.7 runners from 6.9. Total races run went to 779 from 806.

Favorites won 59.0 percent of the time on the main track at Belmont Park during closing week of the meet. This was the highest win percentage on dirt for any track where more than 10 races were held on the surface.

Iowa Derby week at Prairie Meadows was where horseplayers struggled the most at identifying the likeliest winner. Over 27 races run, favorites won 33.0 percent of the time. Both Major General and Conagher were upset by local hopeful Ain't Life Grand, returning $25.20 on a $2 win ticket.

With a much smaller sample size, synthetic racing also saw a lower favorite win rate than dirt racing. A higher average field size and a higher average payout were also seen on the Tapeta in comparison to main track contests.