Track Trends: Neither Spa nor surf can claim field-size crown 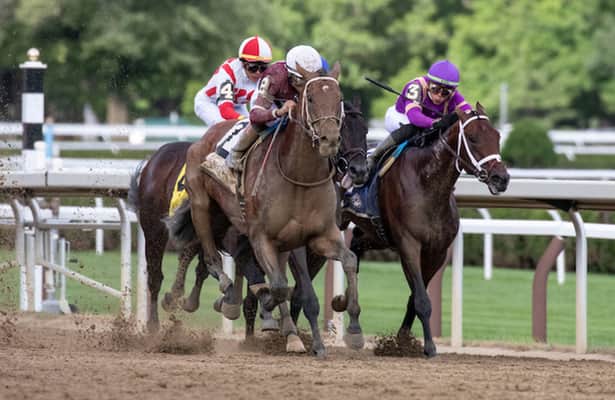 During each of their opening weeks, Saratoga and Del Mar saw exceptional numbers in average field size. With both meets underway in the final week of July, neither could claim the highest across the country.

For the week ended July 31, however, the healthiest field size numbers could be found at Canterbury Park. On the turf course in Shakopee, Minn., the average of 10.3 runners was last week's highest. Six grass races were contested overall and even with more options per race, the betting public adeptly found the winners. Favorites won four of the six races.

Average field size on the dirt for Canterbury Park was 7.6, a full horse higher than the weekly average for the surface across all tracks. Favorites won less frequently (24 percent) over 25 contested races. The average payout for a $2 win wager was $19.20.

Del Mar's second week again saw higher average field sizes than Saratoga. Turf racing attracted an average of 10.2 runners over 17 contested races. On the main track, an average of 8.8 runners competed over 21 races. The favorite win rate was fairly low on both surfaces, with the chalk victorious 18 percent of the time on the grass and 29 percent of the time on the dirt.

Overall, the favorite win rate declined slightly to 36.6 percent from the previous week's rate of 37.0 percent. Total races run dropped from 791 to 742, but average field size remained the same at 7.0 runners.