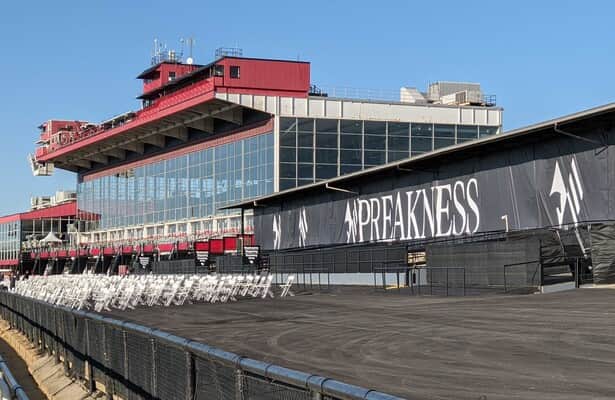 After several consecutive weeks of a more palatable favorite win rate, eating chalk was a necessity to cashing tickets for the week ended May 15. The public choice in the wagering was victorious 44.2 percent of the time, a record high so far for this year. 686 races were conducted, compared to the previous week’s 698. Average field size dropped slightly from 7.1 to 6.9 runners.

Favorites won half of the time, or even more so, in the case of 15 tracks. This is a significant increase from the prior week, when eight tracks had a 50 percent strike rate or more, and two of those contested only one race that was subsequently won by the favorite. Bettors had to find favorites they could lean on to be successful.

Pimlico opened with slightly less chalky results, but only slightly. In five races conducted on the turf course, favorites won 40 percent of the time with an average field size of a strong 9.2. Field size was much smaller on the main track, at 6.3, and favorites were victorious 39 percent of the time over 28 races run. These figures are unlikely to steer anyone away from Epicenter, the morning-line favorite for the upcoming Preakness Stakes. For video analysis on the Preakness and upcoming information on the undercard, subscribe to the Horse Racing Nation YouTube channel.