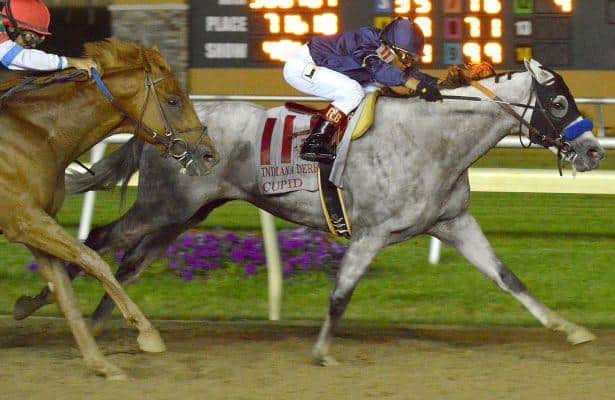 With summer stakes action for 3-year-old colts this Saturday, favorites might be in trouble. The Indiana Derby and Iowa Derby will be contested at Horseshoe Indianapolis and Prairie Meadows, respectively. Power Picks are available for both tracks for bettors looking to get involved this weekend.

For the week ended Sunday, favorites were successful only 17 percent of the time on the main track at Horseshoe Indianapolis, the lowest win rate of any dirt surface for the week. Average field size was a healthy 8.2. With more options to choose from in each race, bettors had more difficulty identifying the most likely race winner. Twenty-three races were run, and the average payout for a $2 win wager was $12.35.

At Prairie Meadows, the chalk won 26 percent of the time. The average payout for a $2 win wager was $13.74, and 27 total races were contested.

Turf favorites were more successful at Horseshoe Indianapolis for horseplayers looking to get involved in the action on the entire card on Saturday. On the grass, chalk won 33.0 percent of the time, with an average field size of 8.9.

In general, turf once again was the place for value. Favorites won 29.9 percent of the time on the grass with a decent average field size of 8.4. At Penn National, the betting public’s choice was completely unsuccessful. Eight races were run, and the average $2 win payout was $17.38.

Overall, the favorite win rate was 37.0 percent. This is a small decrease from the prior week’s 38.8 percent. Average field size decreased slightly from week to week as well from 7.1 to 6.9 runners.