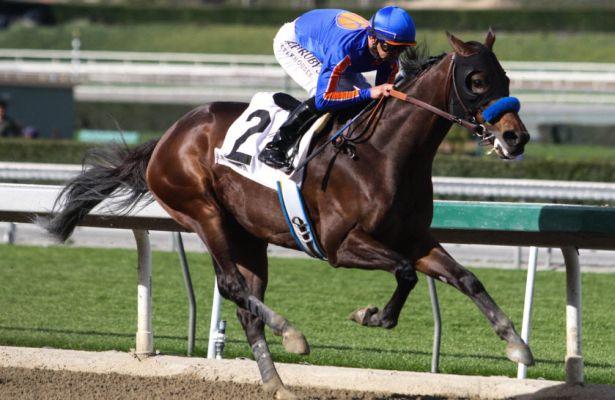 Baseball paragon Joe Torre, co-owner of multi-millionaire Game On Dude, will be at Betfair Hollywood Park Saturday to watch his 6-year-old gelding compete in the Grade I, $500,000 Hollywood Gold Cup.

As Major League Executive Vice President for Baseball Operations, Torre’s schedule has limited him to seeing just a handful of Game On Dude’s races live. The last time Torre was at Betfair Hollywood Park was for Game On Dude’s victory in the 2012 Californian.

Torre did make it to West Virginia for Game On Dude’s hard-fought win in the Grade II, $1.5 million Charles Town Classic April 20 and admitted to being nervous before the race.

“My heart was pumping,” Torre told Charles Town publicity. “It’s a helpless feeling because you can’t do anything about it but watch. It’s sort of the same thing when (New York Yankees closer) Mariano Rivera goes out to the mound. You put your hands in your pocket and hope for the best.”

“(Hall of Fame jockey) Mike Smith has such a great relationship with ‘Dude. He backed him out when he wasn’t comfortable, then got him back in. He’s a terrific jock.”

Torre, who will turn 73 July 18, has Southern California connections. In addition to managing the Los Angeles Dodgers (2008-2010), he was the color commentator for the California Angels from 1985-1990.

Torre managed the New York Yankees to four World Series championships. As a player for the New York Mets, St. Louis Cardinals and Milwaukee/Atlanta Braves, he was a nine-time All-Star at catcher, first base and third base.

Before he left for Nashville to spend the July 4 holiday with wife Jill and son Bode, Hall of Fame trainer Bob Baffert declared Game On Dude fit and ready for Saturday’s Grade I, $500,000 Hollywood Gold Cup.

On his Twitter page, Baffert also joked about Game On Dude’s weight assignment for the Gold Cup: