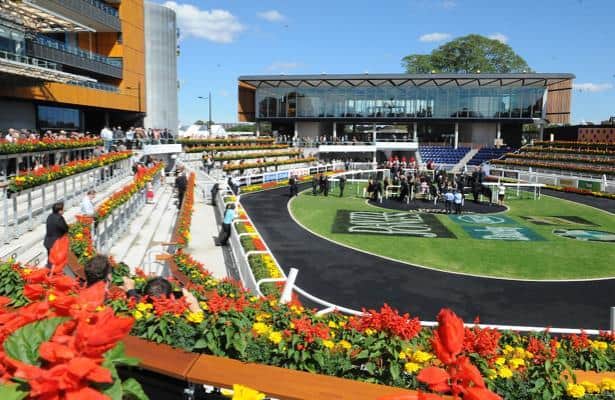 In my new role as announcer at Los Alamitos Race Course, I marvel at the raw speed of Quarter Horses. The Thoroughbred equivalent will be on display at Randwick on Saturday, as Australia’s elite sprinters contest the fourth running of The Everest.

The world’s richest turf race carries a purse that is the Australian equivalent of $10.8 million in U.S. dollars. It is also part of a recently introduced Pick 7 wager that can be played for just 20 cents per combination and has a $10,000 pool guarantee this Friday night.

Although the two-mile Melbourne Cup is the nation’s most famous race, Australia’s forté is actually producing the world’s best turf sprinters. While American fans are dubious of anything unproven on U.S. soil, the Breeders’ Cup is poorly timed from the standpoint of Australia’s rich “Spring Carnival.” However, Aussie sprinters have succeeded in other global arenas such as Royal Ascot, Dubai and Hong Kong.

The Everest, at six furlongs, is framed around the concept of slot holders seeking deals with connections of the best available horses. In a flashy display of innovation and savvy marketing, the race that sports the name of the world’s highest peak had its post position draw conducted on the glass-bottomed Sky Deck at the top of Sydney Tower (which dwarfs Seattle’s Space Needle but is slightly smaller than America’s tallest observation tower, the Stratosphere in Las Vegas).

Just as the Sydney Tower has a revolving restaurant, the race itself revolves around Nature Strip (7-2 equal favorite). Recently crowned Australian Horse of the Year for a trio of Group 1 wins in 2019-20, Nature Strip is currently tied for sixth in the World’s Best Racehorse rankings with Almond Eye, Authentic and Enable).

However, Nature Strip’s stock has slumped with two losses to begin his 6-year-old season. As short as 3-2 in Future Book wagering for The Everest a month ago, the gelding exited his most recent defeat with mucus in his trachea.

That followed his well publicized dumping of jockey James McDonald at the start of a training race, requiring a subsequent trial to the stewards’ satisfaction. Nature Strip retains the confidence of both McDonald, who declares his coat “is definitely looking a bit better,” and trainer Chris Waller, whose vet is “very happy with his blood levels.”

Post positions are potentially important, as the best trip could well decide the outcome among so many top-caliber sprinters. Fortune has smiled upon Nature Strip, Classique Legend (7-2 equal favorite) and Gytrash (6-1), who have drawn adjacent gates in the middle of the field.

However, the task of brilliant last-start winner Libertini (8-1) was complicated when the mare drew the extreme outside. Classique Legend was an untapped talent when an unlucky sixth in The Everest last year.

More recently, the gray unleashed an electrifying burst to win off a layoff, then was trapped wide without cover when a creditable second. Classique Legend is conditioned by 82-year-old Les Bridge, who hopes to cap a Melbourne Cup-winning career with a victory by what he considers the best horse he’s trained.

Adelaide-based Gytrash (pronounced gee-trah) has a 92-year-old part-owner named Valerie Gordon, who has been a racing fan for 84 years. Gordon would spend her share of one of the world’s biggest purses “getting the house painted and getting a new bed … and I might get another horse.”

Gytrash has been Australia’s most consistent top-line sprinter of the past 12 months, and won his prep race for The Everest at first asking the reverse way of going (right-handed).

Next in the betting is a massive equine specimen sporting an appropriate name. Behemoth (9-1) is one of horse racing’s all-time bargain buys: the winner of $1.6 million was purchased as a yearling for a paltry $6,000. Behemoth has won consecutive Group 1 races in Melbourne at seven furlongs, but was unplaced in his only two Sydney races in the opposite (clockwise) direction. In Behemoth’s case, an inside gate (No. 2) might not make for the most comfortable transit, and the distance cutback to six furlongs perhaps makes him worth risking when framing Pick-7 tickets.

At longer odds, Trekking (16-1) holds appeal: the Godolphin sprinter, who finished third in this race last year, might appreciate being kept a bit fresher leading into the 2020 renewal … and would certainly be an aptly named winner of The Everest.

Here is a suggested ticket for the 20-cent Pick 7, which spans the final seven races on Friday’s card: