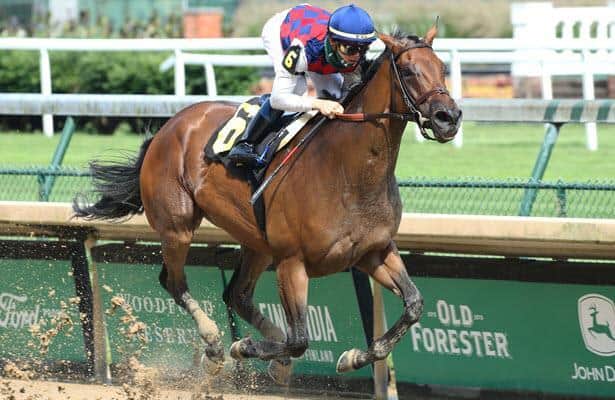 Grade 1 winners Guarana and Mia Mischief head a field of nine fillies and mares for Saturday’s 19th running of the $250,000 Madison Stakes (G1) that will be run over seven furlongs on the main track.

The Madison, the first of three Grade 1 races on Saturday’s 10-race program, will go as the afternoon’s fifth race with post time set for 3:18 p.m. Eastern.

Three Chimneys Farm and Hill ‘n’ Dale Equine Holdings Guarana debuted at Keeneland during the 2019 Spring Meet with a 14¾-length victory that was a springboard to Grade 1 victories in the Acorn and Coaching Club of America Oaks.

A dominating winner in her 2020 debut last month at Churchill Downs, Guarana is trained by Chad Brown and will be ridden Jose Ortiz from post position five.

Stonestreet Stables’ Mia Mischief, who broke her maiden in her second start by 16¼ lengths during Keeneland’s 2017 Fall Meet, won the Humana Distaff (G1) in 2019 at Churchill Downs. A winner of two of three starts in 2020, Mia Mischief is trained by Steve Asmussen and will be ridden by Ricardo Santana Jr., from post position seven.

Other runners of note include Lothenbach Stables’ Bell’s the One and Novogratz Racing Stables’ Amy’s Challenge.

Trained by Neil Pessin, Bell’s the One captured last fall’s Raven Run (G2) at Keeneland and most recently won the Winning Colors (G3) at Churchill Downs. Corey Lanerie, who was aboard for both of those victories, has the mount Saturday and will break from post position eight.

Amy’s Challenge, trained by Mac Robertson, finished second by a neck to Spiced Perfection in last year’s Madison. Joel Rosario has the mount Saturday and will break from post nine.

*Rating is based on HRN fan votes, which rank the Top Active Horses in training.
Guarana Mia Mischief Madison Madison (2020)