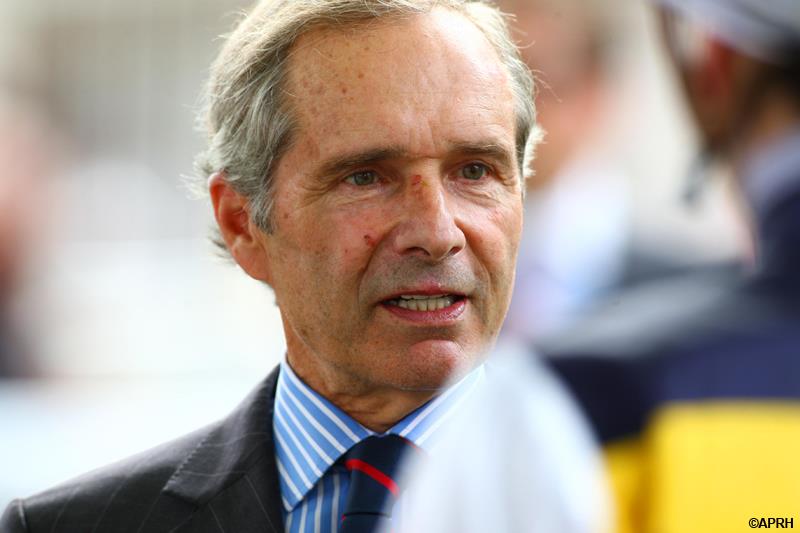 John Quinn has put the Breeders’ Cup Mile at the top of the agenda for Safe Voyage, according to Racing TV reports, after his latest big-race success in Ireland on Saturday.

Following an impressive display in last month’s City of York Stakes, the 7-year-old doubled his Group Two tally and claimed his 12th career victory overall with a narrow triumph over Sinawann in the Boomerang Stakes at Leopardstown.

A step up to Group One level beckons for a horse clearly in the form of his life — and while both the Prix de la Foret at Longchamp and the QEII at Ascot are under consideration, it is the two-turn mile at Keeneland in November that whets Quinn’s appetite the most.

Reflecting on Saturday’s win, he said: “We’re delighted it just went his way. I think he deserved it as he’s so tough and admirable — everything you want in a top-class racehorse.

“It was his first win over a mile, which is great — it opens up other doors.

“We’ll see how he comes out of the race, but I’m going to work back from the Breeders’ Cup. We can look at the Foret and the QEII, but he’ll only run in one of those, if any.

“They’re all very good races, but the Breeders’ Cup Mile is the race that appeals the most.”

Andre Fabre's Earthlight is set to head for the Qatar Prix de la Foret at Longchamp next — and could join Safe Voyage in the Breeders’ Cup Mile after that.

Having lost his unbeaten record in the Prix Maurice de Gheest, the dual Group One winner successfully stepped up to seven furlongs in the Group Three Prix du Pin at Longchamp on Sunday.

Should all go well in the Foret on Arc day, the son of Shamardal has the option of going to Keeneland in November.

“That was a prep race for the Foret so that is the obvious target for him.

“The Breeders’ Cup Mile could be an option later.”