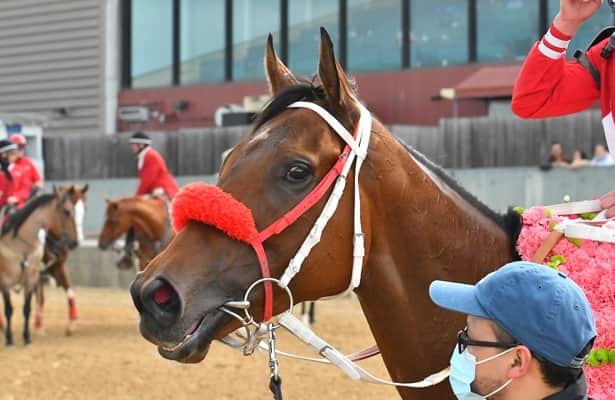 Horse Racing Nation has a vibrant community in our comments section, always at the ready to debate the topic at hand with varied degrees of passion and vehemence. Here are some of the best comments from the last seven days of our content.

Letruska spoiled what was thought to be a battle of the champions on Saturday in the Apple Blossom (G1), beating Monomoy Girl down the stretch in a race that also featured Swiss Skydiver. After the race, rorschach1992 shared some opinions on the trip.

Trainer Greg Foley said this week that he would be hoping for a solid closing trip from O Besos, who will be running in the Kentucky Derby. Bill Dawson anticipated a possible payday if some longshots surprise in the Run for the Roses.

Silver State won the Oaklawn Handicap on Saturday after going off at 9-2. After the race, chasingmytale celebrated the victory.

Victor Espinoza won two races in his return to Santa Anita on Sunday after taking time off to care for his mother. Espinoza had a host of well-wishers in the comments, including No Class.

For a chance to be featured in a future edition of Top Comments, create an HRN account now and join the conversation.