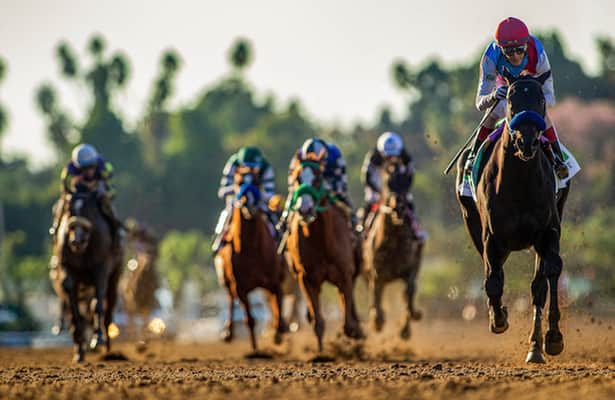 Dr. Jeff Blea, equine medical director for the California Horse Racing Board, has been temporarily suspended by the state's Veterinary Medical Board.

The interim suspension order said that allegations against Blea "include prescribing, dispensing, and/or administering thyroxine and other drugs to racehorses without establishing a veterinarian-client-patient relationship (VCPR), without performing an examination, without forming a diagnosis, and without medical necessity."

Blea had received a 27-page "accusation" by the state's Veterinary Medicine Board on Dec. 17. It alleges that Blea violated multiple state regulations before he joined the CHRB on July 1.

Thyroxine is used as a thyroid hormone supplement and is a highly controversial medication in horse racing. Studies, including one done by the Purdue University College of Veterinary Medicine (details here) in 2018, showed thyroxine is detrimental to performance and can cause cardiac arrhythmias in racehorses.

In October 2020, the CHRB took steps to curb the use of thyroxine after a staff report and analysis found it was being prescribed extensively.

The Los Angeles Times reported that discussions are ongoing within the CHRB to explore options to keep Blea as equine medical director, a position that does not require a valid veterinary license.

The VMB accusation indicates that the agency aims to prevent Blea from overseeing the investigation into the death of Medina Spirit. The VMB noted that Blea had said during a Dec. 15 CHRB meeting that a necropsy of Medina Spirit was under way.

"An impartial, complete and transparent investigation without undue influence and the appearance of impropriety is necessary to determine the root cause of Medina Spirit’s death so that remedial action can be taken to prevent additional equine deaths," the VMB accusation reads.