Tiz the Law not ready to breeze; Preakness decision pending 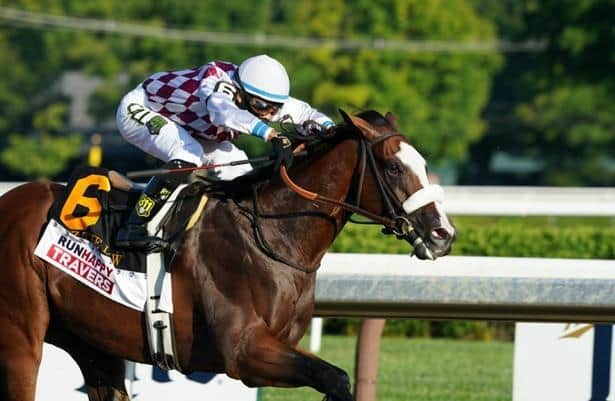 Jack Knowlton, managing partner for Sackatoga Stable, spoke enthusiastically about having Tiz the Law advance to the Oct. 3 Preakness Stakes immediately after Authentic upset his heavily favored colt in the Kentucky Derby.

Now, some doubt may be creeping in about whether Tiz the Law will go on to the final leg of the pandemic-impacted Triple Crown.

For now, the Constitution colt is telling assistant trainer Robin Smullen that he is not yet ready for a formal work after his valiant effort to overtake Authentic in the mile-and-a-quarter Derby fell short by a length and a quarter.

No one knows him better than Smullen. She has been aboard for the New York-bred’s exercise almost every morning since he arrived at trainer Barclay Tagg’s Belmont Park barn as a 2-year-old.

“I talked to Robin this morning, and he still isn’t where she wants him to be able to breeze him,” Knowlton said Thursday afternoon.

He emphasized that they will always err on the side of caution in their management of the Florida Derby, Belmont Stakes and Travers winner.

“It’s wanting to make sure he’s 100 percent when he has his breeze,” Knowlton said. “When that comes, hopefully sooner rather than later, he’ll go back on the work tab and, if we’re not sure he’s 100 percent, we have no pressure to run in that race. There is another big race to point for after that.”

That, of course, would be the $7 million Breeders’ Cup Classic on Nov. 7 at Keeneland Race Course. If Tiz the Law should top expected favorite Maximum Security in the Classic, he would almost surely bring home Horse of the Year honors and the Eclipse Award as the leading 3-year-old male in North America.

The former $110,000 purchase owns six victories in eight lifetime starts for earnings surpassing $2.6 million. He absorbed his only defeats at Churchill Downs, when he ran a troubled third in the Kentucky Jockey Club on a muddy surface last November and when he was perfectly positioned by regular rider Manny Franco but fell short in the Derby.

“He just didn’t seem to handle the track the way he’s handled other tracks for whatever reason,” Knowlton said.

Knowlton sounded as though he is still perplexed by Authentic’s ability to give Hall of Fame trainer Bob Baffert his record-tying sixth Derby triumph. The Into Mischief colt appeared to show distance limitations when he lacked punch during the stretch run and barely held off onrushing Ny Traffic in the July 18 Haskell at Monmouth Park, his last race before the Run for the Roses.

“Authentic, for whatever reason, went from gasping for air at a mile and an eighth in the Haskell to, you know, going a mile and a quarter like there was no tomorrow,” Knowlton said. “Nice job by Baffert. Hopefully, that’s the answer.”