This Week in Racing: Stakes probables, carryovers and more 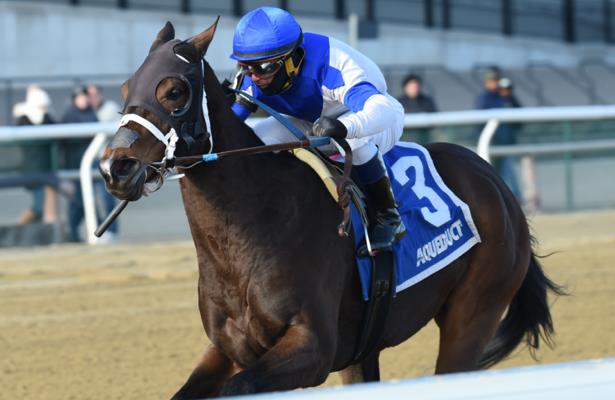 The 2020 racing season is off and running, and with that comes the start of a new feature here at Horse Racing Nation. Each Monday, we'll aim to provide readers a look ahead at the coming week in racing, which will include an early overview of the stakes schedule, probables, carryover alerts, meet openings/closings, industry events and anything else of note.

Just four graded stakes will be run in North America this week with Gulfstream Park and Santa Anita Park both hosting a pair.

On Saturday, Santa Anita will contest the Grade 3, $200,000 La Canada Stakes featuring Spiced Perfection and the Grade 3, $100,000 Las Cienegas Stakes for female turf sprinters. Spiced Perfection was a multiple Grade 1 winner last year for trainer Peter Miller and enters off a win in the Go For Wand (G3) at Aqueduct on Dec. 7. She is expected to face up to seven rivals including Queen Bee to You, Horologist and both Message and Der Lu for trainer Bob Baffert.

On Saturday, Gulfstream hosts a pair of graded stakes on the turf. The Grade 3, $150,000 Marshua’s River for fillies and mares is likely to include multiple stakes winner Andina Del Sur, who exits a win in the Forever Together Stakes at Aqueduct for Tom Albertrani; and lightly-raced Magic Star, who in two starts for Chad Brown was a debut winner at Saratoga and then sixth in a Belmont allowance on Oct. 26.

Male turf horses will also get their chance at Gulfstream in the Grade 3, $100,000 Tropical Turf going a flat mile. This race is expected to mark the return of Saratoga Derby winner A Thread of Blue for Kiaran McLaughlin. The son of Hard Spun, who also won last year’s Palm Beach (G3) at Gulfstream, was last seen running second in the Hill Prince (G2) at Belmont Park on Oct. 5. A Thread of Blue also appears on the overflow list of invited horses to the Jan. 25 Pegasus World Cup Turf (G1).

The Tropical Turf is projected for a field of eight, which also includes veteran turfers Maraud and Gidu for Todd Pletcher and stakes-winner Exulting for Mike Maker.

There are just two stakes at Aqueduct this week, both restricted to New York-breds. On Saturday is the $100,00 Say Florida Sandy for older sprinters and the following day is the $100,000 Rego Park Stakes for 3-year-old sprinters.

Overseas, the way to the March 28 Dubai World Cup (G1) will begin locally with Thursday's Group 2 Al Maktoum Challenge Round 1. The 1-mile feature is expected to feature North America, an 8-year-old Dubawi gelding who won Rounds 1 and 2 of the 2019 Al Maktoum Challenge Series.

Sam Houston Park and Charles Town Races both kick off their 2020 seasons this week.

Sam Houston, which has seen a major boost in purses this year thanks to new state legislation, opens an expanded 39-day meet on Friday night. Sam Houston will offer $1.75 million in purse money this meet as compared to $1.1 million in 2019. To amplify the point, note maiden races that carried a purse of $20,000 last year will now be worth $36,000. Horsemen have responded as there are reportedly more than 1,000 horses on the grounds.

Charles Town kicks off its season on Wednesday night with a nine-race program starting at 7 p.m. ET. Charles Town will host 173 days of live racing this year with the first four months conducted on a Wednesday through Saturday schedule. Its signature $1 million Charles Town Classic is set for April 18.

Gulfstream Park, Santa Anita Park and Fair Grounds will each have hefty carryovers heading into the new race week.

At Gulfstream, the carryover jackpot for its 20-cent Rainbow 6 reached $1,768,096.71 on Sunday after failing to produce a single winner for the 27th consecutive program. Racing resumes at Gulfstream on Wednesday with a nine-race card starting at 1:05 p.m. ET. The Rainbow 6 sequence, which begins with the fourth race at approximately 2:35 p.m., consists of five claiming races and a starter allowance.

At Santa Anita, the Rainbow 6 carryover jackpot reached $292,520 after there were three winning tickets on Sunday that each paid $34,773.60. Racing resumes at Santa Anita on Friday with an eight-race card starting at 4 p.m. ET. The sequence begins with the third race. Field sizes for the sequence are 5-8-6-6-13.

At Fair Grounds, the Black Gold Pick 5 carryover jackpot stands at $143,110 heading into Thursday’s card. The 50-cent minimum wager consists of the final five races of the program, which on Thursday starts with the fifth race and includes three claimers, an open maiden and allowance/optional claiming event on turf. First post is 12:30 CT.