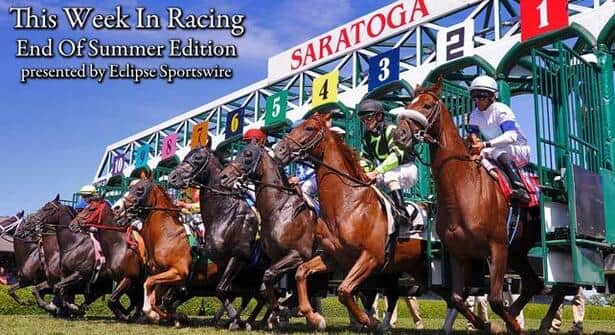 It may still be hot outside, but the summer has come to a glorious end with the closing weekend at Saratoga and Del Mar. Eclipse Sportswire was there to capture the last smiles and final winners at these elite summer meets!

See two-year-old stars Executiveprivilege prevail by a head in the Del Mar Debutante and Shanghai Bobby dominate the Hopeful at Saratoga.

Onwer Maggie Moss got her first G1 stakes win with So Many Ways at Saratoga's Spinaway, while jockey Rosie Napravnik closed out the meet the way she opened it, by riding the winner of the last race on the card!

To Honor and Serve, a top horse at 2 and 3, made a statement in taking the G1 Woodward over Mucho Macho Man.

These and many more are featured in this week's photo gallery!