These were the 10 fastest runners in last week's stakes 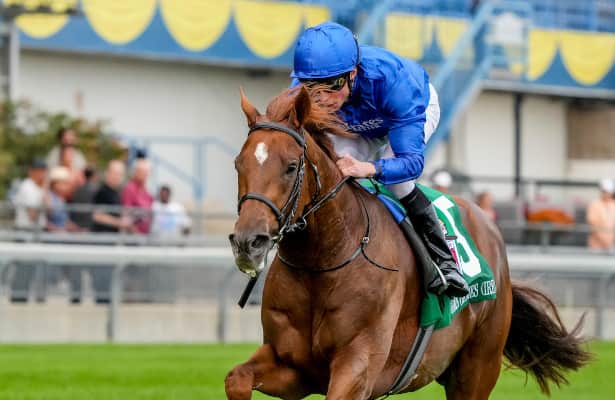 You probably are aware of the performance by Modern Games in Saturday's Grade 1 Woodbine Mile, where the 3-year-old colt became the one to beat in the Breeders' Cup Mile.

With William Buick aboard, the Charlie Appleby trainee covered the one mile on turf in 1:32.77 after taking charge in the stretch to win by 5 1/4 lengths.

The trip earned him a 111 Brisnet Speed Rating and a 112 Beyer Speed Figure, according to Daily Racing Form. As David Grening of DRF noted, that's the highest Beyer for a turf runner this year.

See who has the most early speed with the Pace Report

Earlier on the Woodbine card, Buick rode Mysterious Night to a victory in the Summer (G1) for Appleby, earning a 100 Brisnet rating and 85 Beyer.

But it was Brad Cox's impressive maiden winner Loggins who earned the highest Beyer by a 2-year-old over the weekend, picking up an 89.

Here are the figures for the weekend's graded-stakes winners, with the highest Brisnet Speed Ratings, Beyer Speed Figures from Daily Racing Form and TimeformUS Speed Figures, where available.