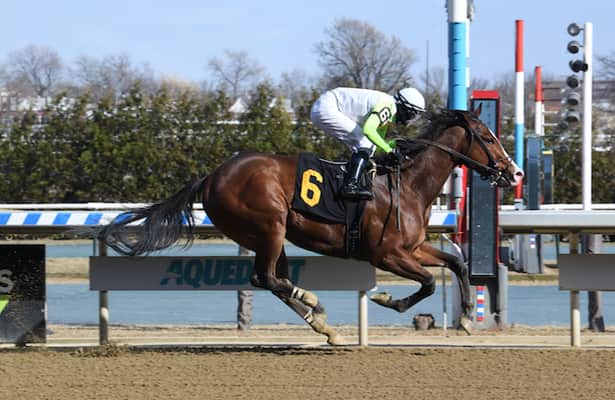 Did you see Sunday's sixth race at Aqueduct? The six-furlong allowance where Wudda U Think Now led gate to wire to win by 10 1/2 lengths?

If you did, then you saw the runner with the highest Beyer Speed Figure this year, at 104. The 5-year-old gelding, trained by Rudy Rodriguez, also earned a 115 TimeformUS Speed Figure for the effort.

The highest TimeformUS Speed Figure of the last week went to Brickyard Ride for his 1 3/4-length victory in the six-furlong Don Valpredo California Cup Sprint at Santa Anita. The son of Clubhouse Ride, trained by Craig Anthony Lewis, also earned a 101 Beyer and a 98 Brisnet Speed Rating.

The highest Brisnet of the week went to Gatsby, winner of the Sunshine Sprint Saturday at Gulfstream.

Here are the highest Beyer Speed Figures of the last week, with TimeformUS Speed Figures and Brisnet Speed Ratings where available.