These are the weekend's 10 fastest stakes winners 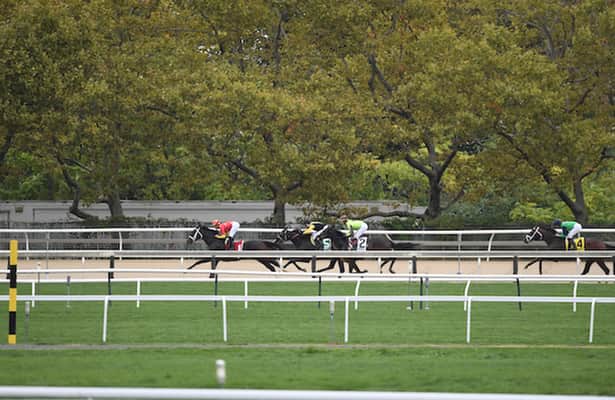 Life Is Good's win in the Grade 1 Woodward on Saturday brought his record for the year to an impressive 4-for-5, albeit with a performance that some considered less than impressive.

But it was enough to garner top weekend speed figures from Brisnet and Beyer. With Irad Ortiz aboard in for the 1 1/8-mile trip in the slop at the Belmont at Aqueduct meet, Life Is Good earned a 106 Brisnet Speed Rating and a 126 TimeformUS Speed Figure, both tops among stakes winners for the weekend. He also earned a 97 Beyer Speed Figure, according to Daily Racing Form.

The highest Beyer of the weekend was a 103 for Dancing Buck, winner of the Belmont Turf Sprint (G3) on yielding turf at Aqueduct. Making his first graded-stakes appearance, he earned a 92 rating from Brisnet and 118 from TimeformUS.

Here are the top 10 Brisnet ratings for weekend stakes winners, along with Beyer and TimeformUS figures, where available.