‘The real Mo Forza’ expected to show up in Dubai Turf 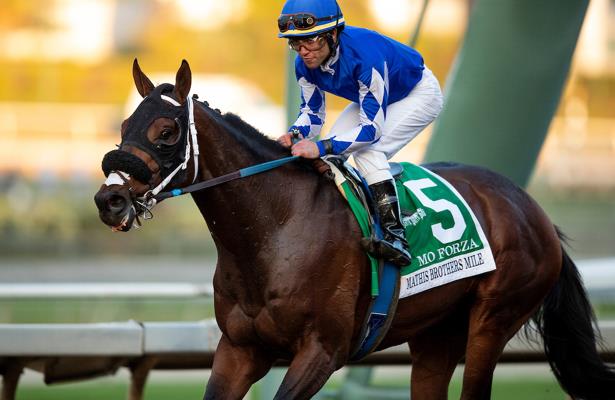 A horse Peter Miller has touted as the best turf runner he’s ever trained disappeared in recent days from the list of would-be contenders for next weekend’s $1 million Neom Turf Cup, among the lucrative undercard offerings on Saudi Cup day.

Miller’s eyeing an even richer spot for Brady Farm and OG Boss' Mo Forza, who closed last season on a Grade 1-winning streak before running ninth most recently in the Pegasus World Cup Turf (G1).

“He had just a nightmare trip,” Miller said. “That race is a complete throwout. We’re looking forward to seeing the real Mo Forza in Dubai.”

Only one American trainer, Kiaran McLaughlin, has won the Dubai Turf, taking it in 1996. That, however, was back during McLaughlin’s overseas training days with Key of Luck.

Mo Forza, a 4-year-old son of Uncle Mo, is then eligible to make a bit of history should he take the Dubai Turf as a U.S.-based horse. Late to come around, Mo Forza took six starts to break his maiden. He then reeled off consecutive victories in the Twilight Derby (G2), Hollywood Derby (G1) and Mathis Brothers Mile (G2).

In the Jan. 25 Pegasus, Mo Forza was caught as far as six wide entering the first turn, ran four deep along the back stretch and flattened out once he ranged up through the far turn.

Rather than press on from there to Saudi Arabia, “We gave him a couple easy weeks just trying to freshen him up,” Miller said.