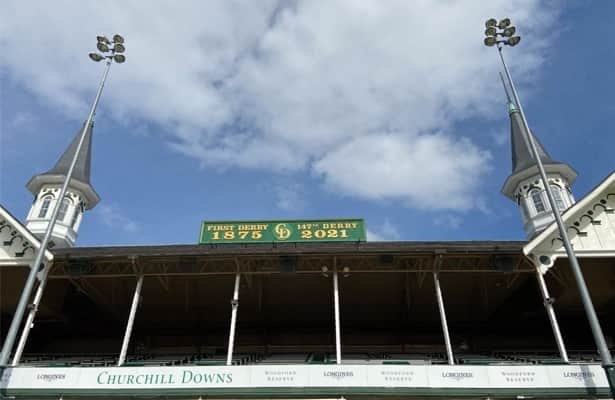 After 36 prep races, the Kentucky Derby 2021 points standings are now final, and the 2020 Breeders' Cup Juvenile 1-2 finishers, Essential Quality and Hot Rod Charlie, are atop the list with 140 and 110 points, respectively.

Trained by Brad Cox, Essential Quality is undefeated through five starts and comes into the Kentucky Derby as a clear favorite in what will be an otherwise muddled field.

Hot Rod Charlie comes in off a win in the Louisiana Derby, his only win in seven starts other than his maiden win in October at Santa Anita.

Super Stock, the upset winner of the Arkansas Derby, rounds out the top three with 109 points.

Only 20 horses are allowed in the Kentucky Derby starting gate on May 1, so any horses ranked outside of the top 20 will need defections from the first 20 to get into the race.

No entries are expected from either the European or Japan Road to the Derby this year.

Road to the Kentucky Derby (36 races)

(T) = Turf … (AW) = Synthetic … Note: Senor Buscador (1st), Red N Wild (3rd) and Saffa’s Day (4th) did not accrue points in the Dec. 18 Springboard Mile because they competed with Lasix on race day. … The 2020-21 Sunland Park meet was officially cancelled by the New Mexico Racing Commission on Feb. 18, owing to the COVID-19 pandemic.

The Japan Road to the Kentucky Derby was composed of four races, but none of the Japanese runners are expected to enter Kentucky Derby 2021. The only Kentucky Derby starter from the Japan road was Master Fencer, who finished sixth in 2019.