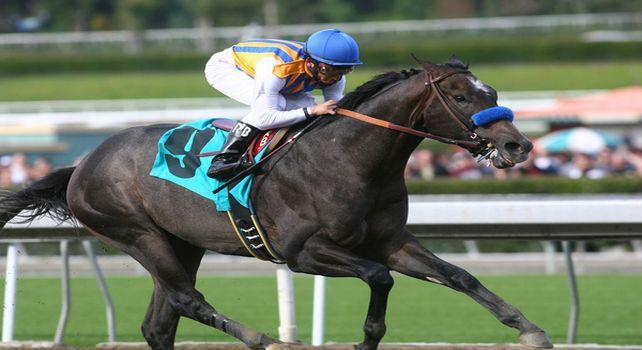 As the trainer of four of the 11 horses entered, Bob Baffert has more than one-third of the field scheduled to start in Monday’s opening day feature at Santa Anita, the Grade I Malibu Stakes. But the Hall of Fame trainer plans to let the chips fall where they may as far as giving instructions to the riders of his Fab Four: Racing Aptitude and Mike Smith; Hoorayforhollywood and Garrett Gomez; Smash and Rafael Bejarano; and The Factor and Martin Garcia.

“The outside (No. 11 post position) is a much better spot for The Factor,” said Baffert, who has seen the only graded stakes winner in the lineup break from the dreaded rail in his last two races, the Grade I Ancient Title Stakes on Oct. 8, in which he finished fourth as the 2-5 favorite, and the Grade I Breeders’ Cup Dirt Mile on Nov. 5, in which he faded to eighth, beaten nearly 12 lengths after setting the pace early on.

Asked if The Factor would be sent from the more advantageous post, Baffert said, “I don’t know. I just let Martin ride his race. There’s a lot of speed in there, so I just let my jockeys ride their race and see what happens. I quit giving instructions. If you have to give instructions (to jockeys), you shouldn’t use them.”

Baffert dismissed a Malibu mano-a-mano with fellow trainer Steve Asmussen, who entered three in the race for 3-year-olds at seven furlongs: Rothko, Light Up the Score and Wine Police.

“(Richard) Dutrow (Jr.), he’s in there (with Associate),” said Baffert, who is seeking his first win in the Malibu, having failed to reach the winner’s circle with 20 previous starters. “And like I said, there’s other speed, so we’ll just have to see what happens.”

The Factor blew out four furlongs Thursday on Hollywood Park’s Cushion Track in 48.60, while Centralinteligence went the same distance at the Inglewood oval in 47.60 for Ron Ellis.