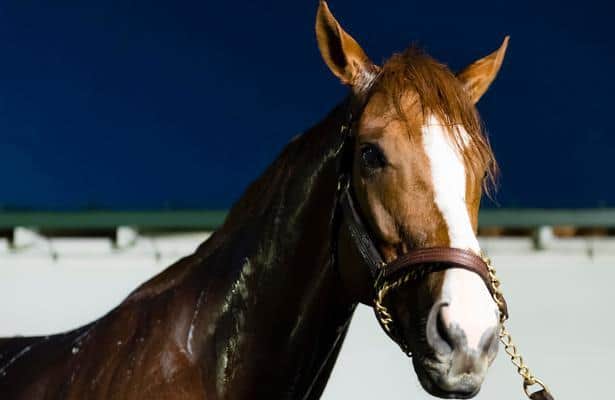 California Chrome will remain at Kentucky's Taylor Made Farm for the second half of 2019 rather than continuing his familiar pattern of shipping for the Southern Hemisphere's breeding season.

“We are excited to announce, Our Champion has earned a well deserved rest and will remain in Kentucky at Taylor Made to enjoy some extra time with his 'Chromies,' reads a Facebook post from the Nicholasville, Ky., farm.

Fans can visit California Chrome as part of either the general farm tour or VIP stallion experience.

California Chrome was both the 2014 and ’16 Eclipse Award Horse of the Year during his racing career, which lasted from April 2013-January 2017. The son of Lucky Pulpit earned $14,752,650 over his 27 starts, making him the highest-earning Kentucky Derby winner.

California Chrome's first crop of 2-year-olds will hit the track in 2020.