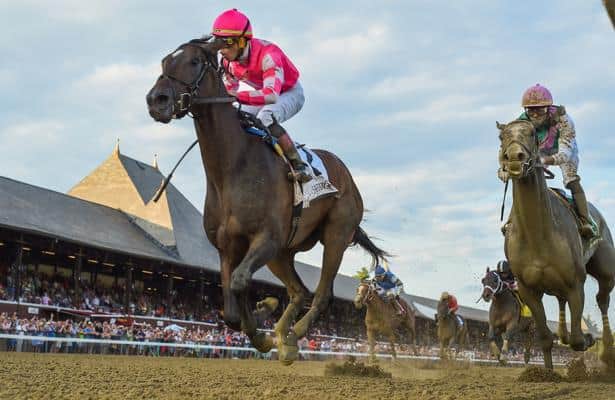 Running Saturday for only the third time as a 4-year-old, Tax asserted himself as an older runner to watch going into his 5-year-old season.

Tax broke sharply from the Gulfstream Park rail, went out to the lead under jockey Luis Saez and was never threatened in winning the Grade 3, $100,000 Harlan’s Holiday Stakes by 4½ lengths. The Danny Gargan trainee covered 1 1/16 miles in 1:41.15 and returned $6.60 as the 5-2 second choice.

The Harlan’s Holiday is a local prep for Gulfstream’s signature event, the $3 million Pegasus World Cup Invitational (G1) on Jan. 23. Gargan said he will discuss with Tax’s owners whether the Arch gelding, who was ninth in the 2020 Pegasus, will compete in the race’s 2021 edition.

In Tax's last start prior to Saturday, he was fifth seven months ago in the Oaklawn Handicap (G2). Gargan had targeted an October return for Tax in the Fayette Stakes (G2), but an illness kept the gelding out of the Keeneland starting gates.

“I got really depressed about it because I was waiting to run him,” Gargan said.

Tax recovered and worked sharply at Palm Meadows Training Center leading up to the Harlan’s Holiday. He backed up his morning form Saturday to score a third career graded stakes victory.

Tax has typically not gone out to the early lead, but Saez let him do so Saturday. He set fractions of 23.87 and 46.96 along the rail with Royal Urn and Tatweej sitting just behind him to the outside.

“He had some issues in the gate when he was younger, would stumble a little bit,” Gargan said. “We worked on that, trying to get him out of the gate. He broke sharp today and I told Luis, ‘Just let him be a racehorse.’ I said, ‘If you’re there, go on with it.’”

Phat Man, the 2-1 favorite, sat comfortably behind the leading trio under jockey Irad Ortiz Jr. He moved up in the far turn to make his run as Tax drew away from both Royal Urn and Tatweej.

The challenge from Phat Man never came. Saez hardly moved aboard Tax as his mount glided on down the stretch to a geared-down victory.

“We really think (2021) is going to be his best year,” Gargan said. “He’s grown, developed, he’s sounder, bigger, stronger than he’s ever been. I couldn’t be happier with today.”