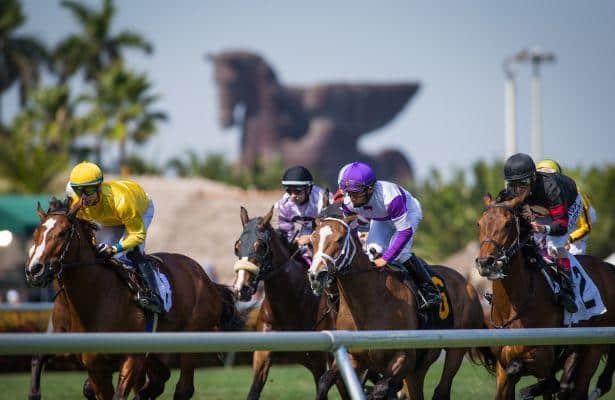 Racing on Gulfstream Park's new Tapeta track will begin with next Thursday's program, according to a horsemen's notice in the overnight for Sunday. Entries for the card will be taken on Monday.

Through the close of the current Gulfstream meet on Nov. 21, the Tapeta track will be used as a substitute for the turf course while the latter is reseeded and prepared for the Gulfstream Championship Meet later this year. The condition book for next Thursday's card has three races listed for the turf and three for the Tapeta, which includes two "extras." That means up to six races could be held on the synthetic surface.

When the turf course reopens on Dec. 3 with the start of the track's "championship meet," Gulfstream will become the first facility in North America to offer races on three distinct racing surfaces (dirt, turf, synthetic).