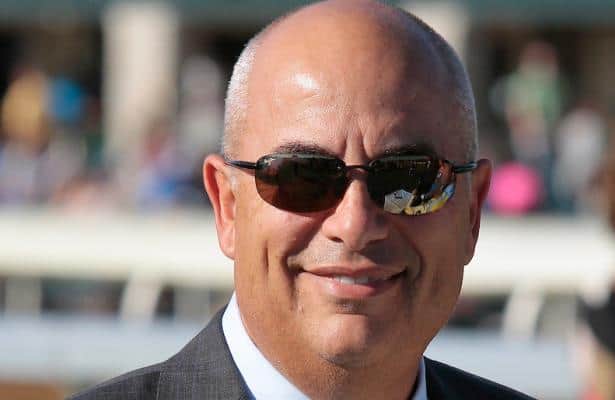 Trainer Mark Casse immediately recognized the magnitude of his accomplishment when Sir Winston pulled an upset in last year’s Belmont Stakes three weeks after War of Will ended his quest for a Triple Crown victory in the Preakness.

“I did tell my wife, Tina, after we won those two races that I thought that would be what would get us into the Hall of Fame,” Casse said.

Although Casse had been inducted into Canada’s Horse Racing Hall of Fame in 2016, United States voters wanted to see the trainer who owned five Breeders’ Cup triumphs win at least one spring classic.

As he anticipated, two more than sufficed. He gained entry into the National Museum of Racing’s Hall of Fame earlier this season after being a finalist for three consecutive years.

Now, Casse finds himself in the oddest of circumstances. He can secure this third straight Triple Crown victory if upstart Tap It to Win can overcome a quick turnaround to win the 2020 Belmont Stakes on Saturday.

“Does that mean I won the Triple Crown?” quipped Casse.

It would make him the answer to a trivia question as the trainer to sweep the Preakness, the Belmont and the Belmont in succession. The Belmont, of course, the famed “Test of the Champion” traditionally run at a mile and a half as the final and most grueling leg of the Triple Crown, will almost seem like a sprint as a one-turn. 1 1/8-mile opening leg.

Casse, 59, is not complaining. A man knows when he is on a serious roll.

He said of the reconfigured Belmont, one of many curiosities in this pandemic-impacted season: “This year it’s worked out well for us, the timing and the distance.”

Casse has a hot horse that has been long on potential since he arrived as a homebred from Charlotte Weber’s Live Oak Plantation in Florida.

The Tapit ridgling (one testicle undescended) broke his maiden last August at Saratoga Race Course in his second start but failed to build on that as a sophomore. He finished 10th in the Claiborne Breeders’ Futurity (G1) at Keeneland and in the Street Sense Stakes at Churchill Downs.

He underwent surgery for an injured sesamoid after the latter.

Casse compares Tap It to Win to War of Will since they are both beautiful movers. For that reason, he kept faith in him.

“Every day this winter as he would train, I would smile as he went by and say, ‘He’s got to be a good horse,’ " the conditioner recalled.

Tap It to Win returned to competition on May 9, winning an allowance optional claiming race for Florida-breds at Gulfstream Park. Then he really showed what he can do in a June 4 first-level allowance  at Belmont. He carved out an early lead for jockey John Velazquez and they never looked back in ruling the 1 1/16-mile contest by five lengths in the eye-catching time of 1:39.76.

The decision then became whether the seven-furlong Woody Stephens (G1) or the Belmont at an unproven distance should be the next move. Casse said he opted for the Belmont after consulting with Velazquez, who was delighted with the strength with which the horse galloped out after his last start.

As for the fact that Tap It to Win will face the biggest test of his life with only 16 days between starts, Casse’s horses can be particularly dangerous in these scenarios.

Shamrock Rose came up roses in the 2018 Breeders’ Cup Filly & Mare Sprint two weeks after her success in the Raven Run (G2) at Keeneland.

Got Stormy dusted the boys in the Fourstardave Handicap (G1) last summer at Saratoga a mere week after she ruled the De La Rose Stakes.

Casse is excited about his prospects for bringing home a second straight Belmont. “The key for Tap It to Win is the one turn and his ability to get himself together on the backside,” he said.

Casse’s father, Norman, also was a trainer. He always knew he wanted to follow in those footsteps and was overseeing horses by the time he was 15.

He is known for his willingness to swing for the fences: “You have to accept that you are going to be wrong a lot of times.”

*Rating is based on HRN fan votes, which rank the Top Active Horses in training.
Tap It to Win Mark Casse Duplicate