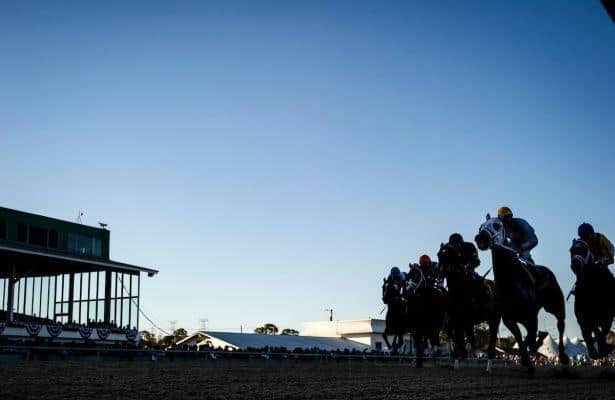 Editor’s and author’s note: I goofed badly, putting Street Sense in Todd Pletcher’s barn when he was in Carl Nafzger’s. What’s worse is I covered both the 2007 and 2010 runnings of the Kentucky Derby that were noted. No excuse. Apologies for the mistake. A corrected version of this story follows.

Mention the names Street Sense and Super Saver, and memorable victories in the Kentucky Derby come to mind.

Something else they had in common was the Tampa Bay Derby, which both horses also won before they wore the roses.

Todd Pletcher, who trained Super Saver, will try that path again Saturday, this time with Major General coming off the bench for the 1 1/16-mile, Grade 2, $400,000 race that is worth 50-20-10-5 Kentucky Derby qualifying points to the top four finishers.

In 41 runnings since 1981, only Street Sense in 2007 and Super Saver in 2010 have used the Florida race as a way station for success in the Kentucky Derby. Of the 41 Tampa Bay Derby horses who advanced, eight finished in the money at Churchill Downs, most recently in 2019 when Tacitus was promoted from fourth to third.

Following are the horses who started in both derbies since 2000. They include their Quirin Speed Points going into Kentucky.

Even though the Kentucky Derby has been a speed-favoring race since the qualifying-points era began nine years ago, six of the last eight Tampa Bay Derby graduates displayed an off-the-pace style that was symbolized by their “P” (presser) and “S” (sustainer) designations in their Quirins.

There has been no particular style common to recent winners of the Florida prep. Helium was a deep-closing victor last year as was Tacitus in 2019 and Tapwrit in 2017. But King Guillermo in 2020 and Quip in 2018 were never more than a length off the lead at any call.

Major General has shown both styles in his two victories, leading from gate to wire in his debut last summer at Saratoga before he came from 4 1/2 lengths behind to win the Iroquois (G3) in his last start Sept. 18 at Churchill Downs.

If Major General were to win Saturday, it would be Pletcher’s sixth in the Tampa Bay Derby. He already holds the stakes record for training victories thanks to Limehouse in 2004, Verrazano in 2013, Carpe Diem in 2015, Destin in 2016 and Tapwrit in 2017.

Preakness weather: 93 degrees and climbing at Pimlico
Baltimore Not that partying students who are finis...