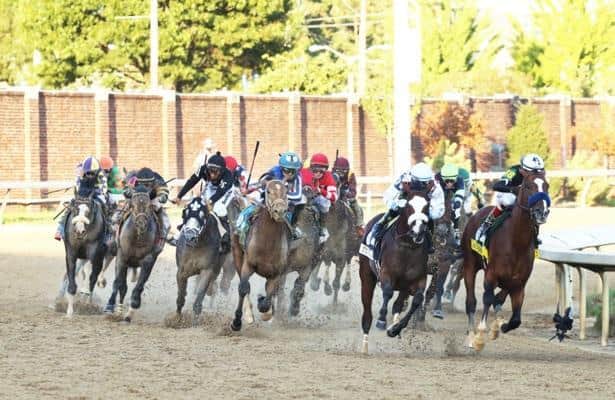 On Saturday, after heavy favorite Tiz the Law finished second to Authentic in the 2020 Kentucky Derby, trainer Barclay Tagg said his colt "ran a good race today. He got beat."

On Sunday, he said Tiz the Law came out the race in good shape but might skip the Preakness in favor of the Breeders' Cup Classic.

Tagg also offered more insight into what might have happened to the son of Constitution, winner of the Grade 1 Florida Derby, Belmont Stakes and Travers Stakes his last three starts.

“The jock (Manny Franco) said when he really had to get down and run, he was kind of swimming on that track there," Tagg said. "He just doesn’t like the track. You could see it in the stretch there. It looked like he was going to go right on by and win easy, but he didn’t. His last number was a 109 and he bounced down to a 103 yesterday.

“The jock told me that, and when I watched the rerun you could see him just not getting a hold of it nicely. If you want to make an excuse, that’s an excuse. I don’t know.”

Tiz the Law will ship back to New York on Tuesday, but Tagg will remain in Kentucky to attend horse sales in Lexington.

As for what might be next, Tagg was noncommittal when asked about whether Tiz the Law will aim for the Preakness Stakes.

He said waiting for the Breeders' Cup Classic might be the preferred route.

“That would give him two months. That would be a lot better.”