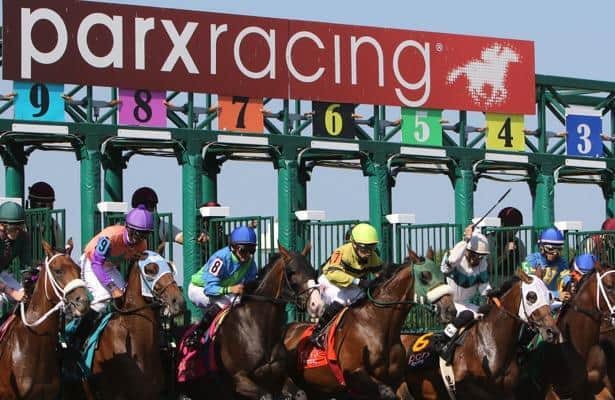 For me, one main attraction to superfectas is that a superfecta probable payout pool is not displayed making this bet an unknown endeavor relative to an exacta and even trifectas in some circumstances where the probable payouts are available. However, if you observe the pool results over a long period of time, you will come to realize the heavily wagered upon runners tend to be over bet in the superfecta pool and when outsiders come in especially in the top two positions, explosive payouts might result.

Get Power Picks for this weekend's races

There are books out there and it is common logic that the box wager makes no sense unless all horses are valued equally by the handicapper. Without getting too technical here, it is obvious if you have an opinion on a race, a straight box of any sort makes little sense.

• Betting interests of at least nine entries but not more than 12.

• The ability to confidently key a horse that is not an odds-on or a heavily bet favorite.

• Field that has runners seemingly ignored in the pool that would be at very high odds at post time but could be in the top four randomly.

The Saturday card at Parx provides three opportunities on dirt and turf and Churchill provides one opportunity on dirt.

The Cotillion Stakes (G1) at a mile and one-sixteenth on the dirt for 3-year-old fillies attracted a field of nine including three trained by Todd Pletcher with one runner having a new trainer. All runners exit dirt races including three at Saratoga, two each at Monmouth and Parx and one each at Pimlico and Charles Town. The field has combined for an in the money rate of four of every five starts overall and nearly a 90 percent rate at the distance. There is a moderate amount of speed with runners combining for a lead at the second call one in seven starts for races that show. I anticipate a moderate to fast pace with the advantage to mid-pack runners and closers.

Chad Brown saddles No. 5 Gerrymander who is five of seven overall with a tractable running style who should be pressing the pace but not on the lead never far out of it. Her best running has been at this or a mile distance and she should be a solid stretch factor as your key runner at odds of 8-1 making her first Parx start.

No. 8 Morning Matcha trained by Parx-based trained Robert Reid Jr. brings a solid Parx record of four wins in five tries along with a third place finish. She is the only true closer in the field and while I anticipate a pace favorable to more forwardly placed runners, she is going to be a factor for the superfecta passing horses in deep stretch at her home where she has had success at odds of 15-1.

One of the Todd Pletcher runners is No. 1 Green Up who has won four of five starts including a win at Parx and she brings a similar running style as No. 5 Gerrymander. I anticipate her to be just off the pace and pass forwardly placed runners in the stretch at odds of 6-1.

Another Pletcher runner is No. 3 Goddess of Fire who sports a three for three record at the distance without a win making her first start at Parx. She is going to be near the back of the field and move up late at odds of 5-1.

No. 6 Secret Oath has been visually impressive and run successfully against males and she also sports a nine of 11 in the money record. She is going to take a lot of money making her first Parx start but like others mentioned will have to pass runners in the stretch and be an underlay at post time.

The Pennsylvania Derby (G1) is a mile and one-eighth dirt race for 3-year-olds and this year a nearly full field of 11 is entered including two each trained by Brad Cox and Saffie Joseph Jr with one runner being saddled by a new trainer. All runners exit dirt races including four at Saratoga, three at Mountaineer, two at Monmouth and one each at Ellis and Parx. Of note only one runner has Parx experience. The field has combined for an in the money rate of two of every three starts overall and well over four in five starts at the distance. There is a moderate amount of speed with runners combining for a lead at the second call one in seven starts for races that show. I expect a moderate to fast pace with the advantage to mid pack runners and closers.

No. 1 Zandon trained by Chad Brown sports a seven for seven in the money record coming out of six consecutive graded stakes and will be one of the horses coming from far out of it late. He is the most impressive late runner in the field and will be visually impressive as your key runner at odds of 5-1.

No. 10 Naval Aviator has placed in five of seven overall and two of two at the distance and has his third trainer in this his eighth career start. He looks like a plodder who has only two poor performances including a turf effort and an up the track performance when the surface came up sloppy. He will be passing horses late at odds of 20-1.

Brad Cox saddles No. 7 Tawny Port a winner of four of eight lifetime starts who grinds his way to solid performances and like Zandon comes out of six consecutive graded stakes. He should be passing horses late with only two performances below par including the Kentucky Derby (G1) where he was beaten less than five lengths for the win. He appears to be progressing with each start and is a solid player at odds of 6-1.

Cox also saddles No. 5 Cyberknife who been first or second in eight of 10 lifetime starts and similar to No. 1 Zandon and No. 7 Tawny Port comes out of five consecutive graded stakes only showing two poor performances including the Kentucky Derby (G1). He should be the post time favorite but may still be reasonable odds and is a must include.

No. 8 Taiba has the fewest starts in the field and is going to be forwardly placed and near the lead. He has the most room from improvement in this his fifth lifetime start and should be very tough as one of the betting favorites with only one poor effort similar to others finishing off the board in the Kentucky Derby (G1).

The Alphabet Soup Handicap, a mile and one-sixteenth turf race for state-bred 3-year-olds and up, attracted a field of 10 including one runner saddled by a new trainer and two runners trying turf for the first time. Last outs include five exiting Parx dirt events, three exiting Penn National turf events, and one each exiting Saratoga and Parx turf events. The field has combined for an in the money rate of three in five starts overall and three of four at the distance. These runners have combined for a lead at the second call less than one in 10 starts for races that show. I expect a moderate to slow pace with the advantage to horse on or near the lead.

No. 4 Wait for It with a pressing running style is two of three on turf without a win including a placing at Parx as a hard hitting gelding winning at a one in three starts clip overall who always shows up whether it is turf, dirt or synthetic. He is your key runner at 6-1.

No. 3 Irish Cork has missed the board in two turf starts including one at Parx but in both instances the turf was less than firm and trainer John Servis has a runner who has demonstrated success with 17 placings in 23 lifetime starts. This runner deserves another try on turf at odds of 12-1.

Trainer Tim Wooley has a solid record and a small stable and he sends out No. 8 Crisper who has the fewest starts in the field and has placed in three consecutive turf starts at a similar distance including a maiden breaking score at Parx all against relatively large fields. He is being included off anticipated improvement as one of only two 3-year-olds in the field and his odds are 8-1.

High percentage local trainer Guadalupe Preciado sends out the probable favorite in No. 1 Buy Land and See a runner with solid but not need to lead speed who has been in the money two of every three turf tries including two wins in two tries at Parx. He should be very tough against this field for his new trainer.

No. 6 Midnight Hauler has two wins in two starts at the distance both at Penn National and looks like a solid off the pace threat and will be one of the betting favorites making his first turf start at Parx.

The Bourbon Trail Stakes, a mile and 3/16th dirt race for 3-year-olds, attracted a field of nine including one runner stretching out to a route of ground. Last outs include eight exiting dirt events including three at Saratoga, two at FanDuel and one each at Laurel, Mountaineer and Parx along with one lone turf last out runner at Saratoga. The field has combined for an overall in the money rate of greater than one in two starts overall and only two have contested the distance with one placing. These runners have combined for a lead at the second call about one in nine starts for races that show. I anticipate a moderate to fast pace with the advantage to mid-pack runners and closers.

No. 5 War Campaign has four placings in four lifetime starts improving in each try. He is going to moving late and have to pass runners but with continued improvement is an attractive superfecta player and your key runner at odds of 15-1.

No. 3 Saint Tapit is trying a route for the first time and in this case a turf marathon along with two wins in two starts for trainer Todd Pletcher. He is going to be traveling substantially slower early than his first two tries and projects to be a strong contender in this first route try. His odds are 9-2.

Trainer Ken McPeek sends out No. 8 Creative Minister who finished third in the Preakness (G1) at this distance. He has a similar running style to War Campaign and while I expect the pace to be favorable to slightly more forwardly placed runners he still figures to be good enough to pass runners late at odds of 9-2. Bill Mott saddles No. 7 Gilded Age who has failed in two marathon tries including the Travers (G1) and a very poor performance at Meydan (Dubai) in a Group event. He is going to be a closing factor late and has to be included but looks like an underlay at 7-2 having failed twice at marathon distances. No. 2 Home Brew has four wins in five tries on fast surfaces and is trying a marathon distance for the first time. He has a pressing style and should be near but not on the lead and be a strong stretch factor as one of the lower priced runners.