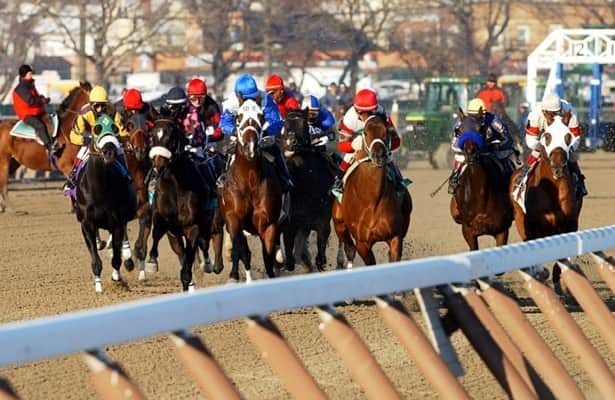 For me, one main attraction to superfectas is that a superfecta probable payout pool is not displayed making this bet an unknown endeavor relative to an exacta and even trifectas in some circumstances where the probable payouts are available. However, if you observe the pool results over a long period of time, you will come to realize the heavily wagered upon runners tend to be over bet in the superfecta pool and when outsiders come in especially in the top two positions, explosive payouts might result.

There are books out there and it is common logic that the box wager makes no sense unless all horses are valued equally by the handicapper. Without getting too technical here, it is obvious if you have an opinion on a race, a straight box of any sort makes little sense.

• Betting interests of at least nine entries but not more than 12.

• The ability to confidently key a horse that is not an odds-on or a heavily bet favorite.

• Field that has runners seemingly ignored in the pool that would be at very high odds at post time but could be in the top four randomly.

A field of 10 state-bred fillies and mares, 3-year-olds and up, will face off in this six-furlong dirt race. Nine runners exit races at Aqueduct, including five on dirt and four on turf, with the final runner coming out of a Saratoga turf race. Three of the turf-to-dirt runners are trying dirt for the first time. The field has combined for an in the money rate of one in six starts overall and a slightly lower rate at the distance. The field has combined for a lead at the second call one in nine starts. The advantage should be to runners on or near the lead.

Trainer Horacio De Paz has a solid training record and his turf to dirt entry No. 4 Lemon Red is just fast enough to be a factor here looking at her turf efforts and a recent solid dirt workout. She should be somewhere in the middle of the field and with the addition of blinkers where De Paz excels is an overlay at odds of 10-1 and your key runner.

No. 9 Kay Tee Gal has one in the money finish in nine tries and was on the lead in a very slow mile race early in her career for that second place effort. This is her first try at the shortest distance in her career and she is being saddled by a low percentage trainer. In the case of superfectas, she merits inclusion due to her first try at the distance, second call placement in the middle of the field or better in most of her starts, and long odds of 30-1.

Jim Bond sends out No. 1 Fuligni, who showed some speed in her second dirt try the latest at Saratoga and improved on turf last time out at a shorter distance. Those two efforts were strong enough to be a likely to improve runner at odds of 6-1.

No. 8 Bern Rosey Bern is going to take money off two dirt tries, both in the money. She was soundly beaten by runaway winners, including a second by 12 and third by 16 lengths. She is going to be a contender throughout at odds of 4-1.

No. 10 Gracefully Wild has five consecutive fourth or better finishes across both dirt and turf runs, is very balanced, and should be part of the mix throughout as the probable betting favorite.

A full field of 12 lines up in this seven furlong dirt race for runners who started for a claiming price of $16,000 or less in 2021-2022, including two trained by Thomas Van Berg, with one of his entries off the claim along with another runner who has a new trainer. The entire field exits dirt races including six at Keeneland, two at Aqueduct, and one each at Churchill, Mountaineer, Thistledown and Laurel. The field has combined for an in the money rate of well over one in two starts overall and nearly two of three at the distance. These runners have combined for a lead over one in five starts for races that show. The pace should be fast with the advantage to off pace runners and closers.

No. 1 Ragtime Blues trained by Kelly Breen has been in the money both tries at the distance and has finished in the top four nine consecutive tries across five different tracks. He will be a solid stretch factor and is your key runner at odds of 4-1.

No. 8 So Dialed In has eight top ten finishes in his last 10 starts with two out of the top four finishes coming on sloppy tracks, including a graded stakes. He has a balanced running style, is two of three at the distance, has the ability to close and, given the pace scenario, is a must-include at odds of 15-1.

No. 3 First Glimpse is trying the distance for the first time and looks like a grinder with a seven of 13 top three record on the dirt. As the only 3-year-old in the field, First Glimpse has some upside potential at odds of 12-1.

The runner who looks very fast is No. 5 No Burn who has 12 in the money finishes in 15 dirt starts. With 10 consecutive route tries, No Burn tries seven furlongs for the first time. He should be a huge stretch factor as one of the lower priced runners.

One of the likely betting choices is No. 6 Family Man, who sports a four win in five start record at Churchill and has only two poor performances in his last ten tries. He is turning back from four consecutive route tries - three of them at Churchill - in which he logged two firsts and two seconds. He does not need the lead as has the ability to pass horses.

This mile and one-eighth dirt race for 3-year-olds and up who have started for a claiming price of $35,000 or less in 2021-2022 attracted 10 runners, including two each trained by Thomas Van Berg and Saffie Joseph Jr. with one runner coming in off the claim. Eight of the runners exit dirt races, including three at Keeneland, two at Churchill and one each at Pimlico, Laurel and Gulfstream. The final two runners come out of a Gulfstream synthetic event and a Keeneland turf event. The field has combined for an in-the-money rate of greater than one in two starts overall and nearly two of three at the distance. These runners have combined for a lead at the second call one in seven starts for races that show. I expect a moderate pace with the advantage to runners just off the lead and closers.

No.7 Tiz Rye Time always shows up evidenced by his 10 consecutive top four finishes for three different trainers. He is the classic grinder who appears to not have a call early and down the stretch is always part of the mix. He is your key runner at 10-1.

Small-stable trainer Rick Hiles sends out No. 6 Digital, who similar to others in the race is a grinder and shows eight top four finishes in his last 10 tries. He is five of nine at Churchill and looks like an overlay at odds of 15-1.

Michael Maker sends out No. 4 Keystone Field who has run primarily on turf and shows runs on dirt four of his last five tries with two wins and a fourth place finish, including one win at Churchill at the distance. He is 10-1.

High percentage East Coast trainer Jamie Ness sends out No. 10 Ournationonparade, another grinder who has been trained by four different trainers in his last 10 tries while collecting seven top four finishes with five wins. He is a must include at odds of 9-2.

No. 5 Intrepid Heart, who has several trainers in his last 10 starts, is as consistent as the others in the field with nine top three finishes across those races. He will be a strong stretch factor at relatively low odds.

A field of 10 maiden claimers will face off in this one mile dirt event exclusively for 2-year-olds, including two each trained by Doug O’Neill and Peter Miller. Six runners exit dirt races - three at Santa Anita, two at Los Alamitos Race Course and one at Del Mar. Four runners come out of turf races, three at Santa Anita and one at Del Mar. Four dirt runners are stretching out to a route of ground for the first time and three of the turf runners are trying dirt for the first time, with all showing turf routes in their races to date, including one who has a new trainer. These 2-year-olds have raced a total of 22 times, with two in the money finishes and a total of two out of the money tries at the distance along with one runner having the lead at the second call. The number of stretch-outs, surface switches and uncertainties with 2-year-olds make this race wide open and unpredictable, which merits including largely speculative runners in the superfecta.

One of the O’Neill runners is No. 9 Post Facto, who is new to the barn and shows two reasonable turf route tries with solid improvement in his second try. That trend should continue today for your key runner at odds of 6-1.

No. 1 Argentina Cries, a Miller runner, is the only entry that had the lead at the second call in any of his starts. He is trying dirt for the first time after the same experience as No. 9 Post Facto with two turf routes to his credit. He should be close to the pace and part of the mix till the late stages at odds of 12-1.

The other O’Neill runner is No. 3 Loco Luna, who is stretching out off one dirt sprint and projects to be as fast as anyone in the field with odds of 5-1.

No. 10 Reign Over Me is saddled by small stable trainer Rolando Quinonez, who has done well with limited starters. This runner is one of the turf routers trying dirt for the first time and he figures to improve off his lone try, when he had some trouble on debut but still showed enough balance to be a solid player here at odds of 6-1.

The other Miller runner is No. 8 Rich Gold, the only runner in the field with two dirt routes to his credit, both similar efforts including one fourth place finish. While he did not pass many horses in either effort he was able to make up some ground late and is going to be one of the wagering favorites.