Super mare Enable to stay in training for 2020 campaign 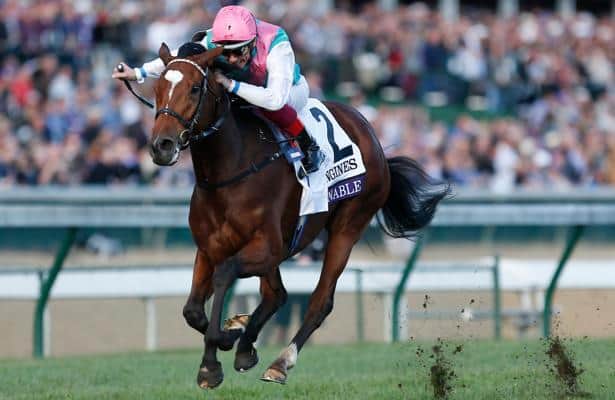 We haven't seen the last of Enable.

Defeated when chasing history in the Oct. 6 Prix de l'Arc de Triomphe, the super mare will return for a 6-year-old campaign in 2020, her owner, Prince Khalid Abdullah, announced Tuesday.

The John Gosden trainee, a daughter of Nathaniel, has thus far assembled a record of 13 wins from 15 starts. Her loss to Waldgeist in the Arc over soft ground ended a run of 12 straight victories, 10 of them in Grade or Group 1 company.

It was assumed throughout this season that this would be Enable's last as she won the Coral-Eclipse (G1), King George (G1) and Yorkshire Oaks (G1) in succession. But following the Arc, connections left the door open to the news that arrived Tuesday.

"She has come out of the Prix de l’Arc de Triomphe in good form and will not race again this year," said racing manager Teddy Grimthorpe, meaning no repeat Breeders' Cup Turf bid.

"Her racing program will be determined entirely on her wellbeing, so no racing plans will be announced at this stage."

While that historic third straight Arc didn't arrive in 2019, William Hill already lists her at 10-1 to win it next year.

Division Rankings: War Like Goddess gets a test vs. males
Robbed of an Eclipse award last season after domin...