Super Weekend of Racing on Tap 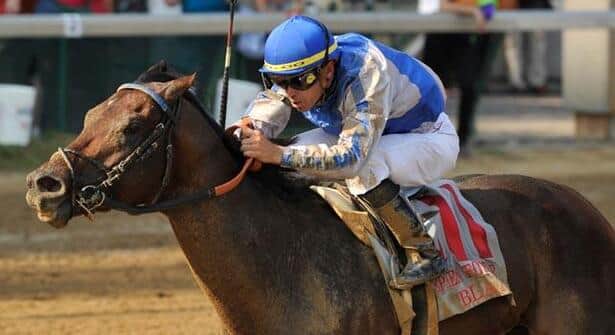 Super Saturday and Super Sunday translates to a truly Super Weekend of racing.

Super Sunday at Longchamp Racecourse just outside Paris features seven Group 1 races, with the centerpiece being the Prix del Arc de Triomphe – perhaps the most prestigious race in the world. Behkabad, a 3-year-old French colt trained by Jean-Claude Rouget, is the Arc morning-line favorite. Aidan O’Brien’s 4-year-old Fame and Glory and 3-year-old Cape Blanco are in with a solid chance, as is Epsom Derby champ Workforce and 3-year-old French filly Sarafina.

If that’s not enough quality racing, Preakness/Haskell winner Lookin’ At Lucky is a heavy favorite in Saturday’s Indiana Derby, his final prep before the Breeders’ Cup Classic, and Twirling Candy heads the Grade 1 Goodwood Handicap at Hollywood Park.

Lest we forget, unbeaten mare Zenyatta races Saturday live on ESPN (7:15p EST) in the Lady’s Secret Stakes at Hollywood Park – which is her final prep before the Breeders’ Cup Classic at Churchill Downs on Nov. 6.

Racing was canceled at Belmont on Thursday and Friday produced more heavy rain and winds. Saturday will be less humid, cool, and in the 60s, but the turf course will likely be yielding. The same can be said of the races at Longchamp where two-time defending Breeders’ Cup Mile champion mare Goldikova will likely bypass the Prix de la Foret on Sunday and train up to her three-peat bid in the B.C. Mile. It will be a soft turf course for the Arc.

The Jockey Club Gold Cup has long been one of the best races in the United States and has crowned many champions. When you talk about the JCGC, the conversation has to begin with Kelso, who won the race five consecutive times (1960-64) and is considered one of the top five horses of all time. And Kelso won the JCGC when the race was contested over two miles.

Although the Joe Hirsch Turf Classic Invitational has only been run since 1977, it has produced some of the greatest turf performers ever such as Waya, April Run, All Along, John Henry, Manila, Theatrical, Sky Classic, John’s Call, Sulamani, Kittens’ Joy, and English Channel. It has also been a key race as far as the Breeders’ Cup Turf is concerned.

So as far as a key race for the Breeders’ Cup Turf, look no farther than the Joe Hirsch Turf Classic Invitational. And historically, horses who have raced in the Arc, but not won, have fared well in the B.C. Turf – the most notable being two-time B.C. Turf champion High Chapparal (2002-03), who finished third in the Arc in both years, and 2005 B.C. Turf champ Shirocco, who was fourth in the Arc that year.

This superb weekend of racing will surely yield some clues for the Breeders’ Cup.