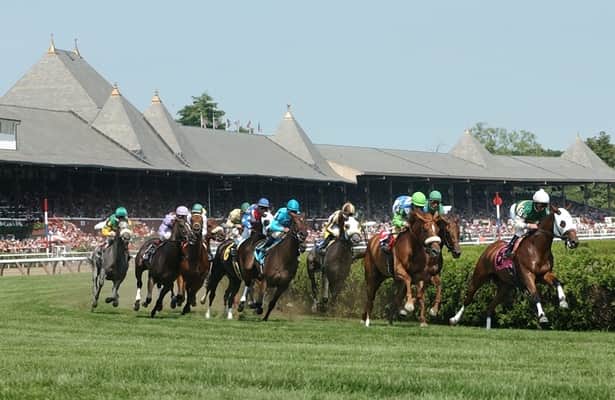 It is a stacked weekend of stakes action both at Saratoga and Del Mar with no fewer than four Grade 1s on tap plus an array of supporting events.

Saturday's card at Saratoga includes three races a the top level: the $1 million Whitney (G1), $1 million Saratoga Derby (G1) and $500,000 Test (G1) for 3-year-old fillies going seven furlongs. At Del Mar, Shedaresthedevil will try and defend her title in the $400,000 Clement L. Hirsch (G1), which is a "win and you're in" for the Breeders' Cup Distaff.

High-class action is great, but handicappers are looking for wagering value wherever it may be found. Once again, this week's Super Screener has you covered.

Super Screener, the time-tested and data-driven handicapping product developed by Mike Shutty, takes deep dives into seven stakes this weekend. The value for bettors this week appears to come in the $135,000 Lure Stakes for New York-breds on turf at Saratoga.

Super Screener rates the Lure as having "high payoff potential" due in large part to its value play: Safe Conduct, who is 6-1 on the morning line for trainer Philip Serpe.

Safe Conduct won a high-level allowance at Belmont Park in May and came back to be second in the Monmouth Cup (G3) in mid-June. He has been freshened for his return to Saratoga, where the 4-year-old colt by Bodemeister won his only previous start.

From Super Screener: "His last 2 races were his career best and form cycle analysis indicates that he'll move forward or, at the very least, match that last out top. At morning line odds of 6-1 or better, he'll offer plenty of value given his chances."

Also in the Lure, Super Screener likes a 15-1 shot on the morning line to crash the exotics.

To take your handicapping to the next level, you can purchase Super Screener by clicking here.