Four Breeders' Cup long shots you need to include 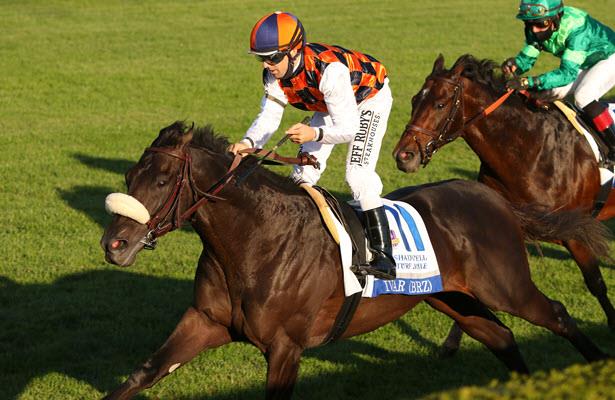 The best part about wagering on the Breeders' Cup is that you can lose 13 out of the 14 races and still turn a profit if you nail the race you hit. Multiple horses at 15-1 or higher fill up the exotics each year, but picking the right long shot can be difficult.

We turned to our exclusive Super Screener formulas to find four solid long shots who likely will outrun their odds in this year's Breeders' Cup.

Tracked a very slow pace while back in last place. Showed an excellent turn of foot coming into the stretch and continued on with interest knocking out a super BRIS Late Pace figure of 104. Prior race was just as good. Will get overlooked in this spot.

Here is a very sneaky long shot player. Misses just on “didn’t race in a G1 prep” and “final prep was not greater than a mile,” but meets everything else. Will sit a great trip here pressing the pace. Lays out energy in that ideal balanced way with the coveted 90+ BRIS Speed Rating figures laid out throughout both final preps. Missed the trifecta just once in his last 10 starts. Super value!

This improving colt exploded in the stretch in the Shadwell Mile (G1), a key prep for this race, swooping by Raging Bull for the win. He can come right back with a better effort here. Gets the first jump on closers as they hit the short stretch. Very tactical. A really dangerous long shot.

This German import will offer a ton of value. She crushed Laccario two races back, and that colt looked best in the Turf Classic (G1). Has raced almost exclusively against the boys. She had no shot in the very slow-paced Group 1 Preis von Baden. Key longshot player.

Get your advantage at the Breeders' Cup - get the Super Screener!

Available NOW — expert analysis & horse-by-horse rankings for ALL 14 BC races. Wagering Guide with Exacta, Trifecta, and Superfecta strategies, as well as Pick-4 & Pick-6 tickets also included with the Super Screener and released as soon as posts are drawn. Don't let another big score pass you by — get the Breeders' Cup Super Screener today!