Super Screener: 5-1 shot is the top pick in the American Derby 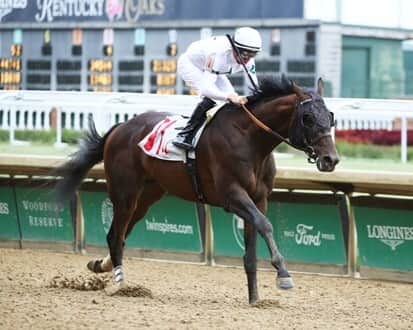 Among those are the $200,000 American Derby, which this year had to be moved to the Churchill Downs' main track due to the suspension of turf racing at the home of the Kentucky Derby. The 1 1/16-mile test for sophomores attracted a competitive field of 11.

Super Screener rates the American Derby as having "high payoff potential. While Grade 1 winner Rattle N Roll is the lukewarm 3-1 favorite, Super Screener has tabbed 5-1 choice Kuchar as both its "top value" and "most reliable board hitter."

Trained by Rodolphe Brisset, the lightly raced colt is exiting a first level allowance win at Churchill Downs in a race that was taken off the turf May 28. Prior to that, he was a "stubborn" second in the Oaklawn Stakes to Home Brew, who would go on to win the June 18 Pegasus at Monmouth Park and is a possible to return in the Haskell.

Of Kuchar, Super Screener notes the son of Uncle Mo shows an "excellent form cycle progression pattern" and the pace scenario should play to his benefit.

"He’ll be positioned just about 3 lengths off the pace in the early going and will steadily advance as they come out of the final turn all the way through the wire," Super Screener notes. "A strong win contender and the Top Board Hitter pick in the race."

The American analysis and wagering strategies is just a part of what you'll receive when you get Super Screener Club Membership. To dive in and get primed for the weekend action, click here.