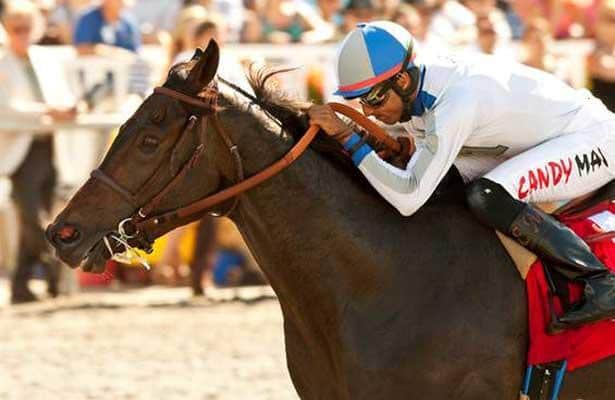 An important component to the Golden State Series for horses bred or sired in California, the Turf Classic is part of a newly created Sunshine Millions Cal Cup Day at Santa Anita that will offer fans six stakes and 10 races overall.

A 5-year-old gelding by Bertrando, Summer Hit has three wins, a second and a third from six starts on turf.  A dedicated speedster, Summer Hit has been a marvelous claim for trainer and co-owner Jerry Hollendorfer, who took him out of a nine-length first-out maiden $12,500 score on Jan. 21, 2012.

In addition to the Berkeley, in which he earned a 103 Beyer Speed figure, Summer Hit took the one mile Harry F. Brubaker Stakes three starts back Aug. 31, and he was a gate to wire winner of the Grade III, 1 1/16 miles All American Stakes on May 27, 2013.

Lucky Primo, whose last win came seven starts back in the Cal Cup Classic when run at 1 1/16 miles on dirt Oct. 13, 2012, has plenty of back class and is expected to show good early speed for trainer and co-breeder Josh Litt.

Although well beaten in the Grade II, one mile turf Sir Beaufort Stakes Dec. 26, Tiz a Minister is another with ample back class, and his running style could make him dangerous if a hot early pace develops in the Classic.

A 4-year-old colt by Ministers Wild Cat, Tiz a Minister won the Grade III, 1 1/16 miles Affirmed Handicap from far off the pace six starts back on June 2 and he came from the clouds to run a close third in the Grade II, San Felipe Stakes at the same distance on March 9.

Trained by Paul Aguirre and owned by Sayjay Racing, LLC, Tiz a Minister will be ridden for the first time in the Classic by Saul Arias.  Although winless, he has two seconds and a third from four tries on turf.  He has an overall mark of 18-3-5-5, with earnings of $481,030.