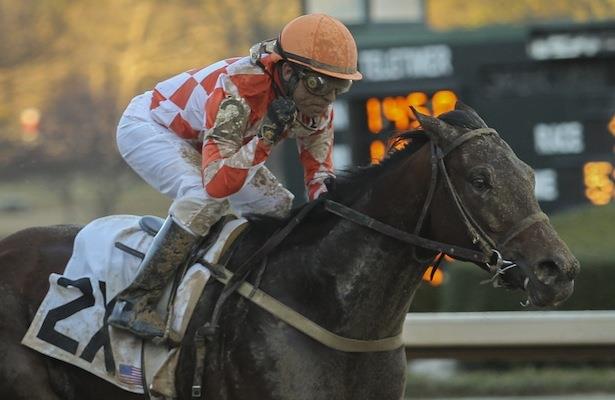 The Rebel is the final major local prep for the $1 million Arkansas Derby (G1) April 16 and offers 85 points to the top four finishers (50-20-10-5) toward starting eligibility for the Kentucky Derby, which is limited to 20 starters.

The Rebel brings back Suddenbreakingnews, Whitmore and American Dubai, the 1-2-3 finishers, respectively, from the $500,000 Southwest Stakes (G3) Feb. 15 at Oaklawn.

Whitmore drew post 12 for co-owner/trainer Ron Moquett of Hot Springs, who has given the mount to Irad Ortiz Jr.

“I feel more comfortable about the 12 than the inside for him,” Moquett said. “I said I wanted the 7 through the 9, but we won’t be in the gates real long.”

Also returning from the Southwest are Siding Spring (fifth), Discreetness (seventh), Z Royal (eighth) and Cutacorner (ninth). Discreetness beat Suddenbreakingnews a nose in the $250,000 Springboard Mile Stakes Dec. 13 at Remington Park and won the $150,000 Smarty Jones Stakes Jan. 18 at Oaklawn in his 3-year-old debut. Discreetness was never a factor in the Southwest after breaking from post 14.

Ralis, winner of the $350,000 Hopeful Stakes (G1) Sept. 7 at Saratoga, is scheduled to make his 3-year-old debut in the Rebel for trainer Doug O’Neill.

Hall of Fame trainer Bob Baffert bids for his sixth Rebel victory since 2010 with lightly raced Cupid, who exits a 5 ¼-length maiden victory in his two-turn debut Feb. 7 at Santa Anita. Ralis and Cupid both arrived Tuesday following a flight from Southern California.

Also entered in the Rebel are Madtap and powerful Feb. 27 Oaklawn maiden winner Creator for trainer Steve Asmussen; Cherry Wine, who will be making his stakes debut after winning his last two starts by a combined 15 ¼ lengths for trainer Dale Romans; Spikes Shirl, a Fair Grounds invader for trainer Dallas Stewart; and Gray Sky, fifth in the Smarty Jones.

Program odds for the Rebel will be released Thursday.

Creator and Madtap will be coupled in the wagering, as will Z Royal and Gray Sky, both trained by Hall of Famer D. Wayne Lukas. Lukas is the only other trainer to win the Rebel since 2010, that coming in 2013 with Will Take Charge, who would be named champion 3-year-old male.

Baffert won the race last year with American Pharoah, who would return to Oaklawn to win the $1 million Arkansas Derby (G1), become the first Triple Crown winner since Affirmed in 1978 and be crowned champion 3-year-old male and Horse of the Year.