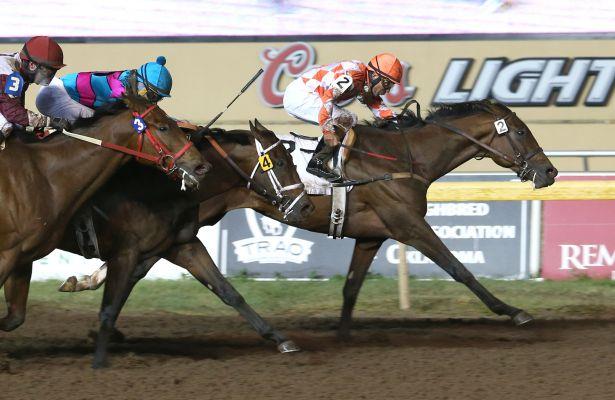 The $250,000 Springboard Mile, the top 2-year-old race of the Remington Park Thoroughbred Season, will also wrap up the season as the 10th and final event on Sunday, Dec. 13.

A gelding by Mineshaft, Suddenbreakingnews won the Clever Trevor with a rally, scoring by a half-length in the seven-furlong event. A versatile first-year competitor, Suddenbreakingnews will stretch back out to one mile and around two turns for the Springboard. The Clever Trevor Stakes was his only attempt at one turn. He broke his maiden going one mile in September and had actually crossed the finish first in a 7-1/2 furlong maiden event over turf in August before disqualified for interference.

The field for the Springboard Mile by post-position and program number with trainer and jockey:

The Springboard is also the final mount at Remington Park for jockey Cliff Berry who is planning to retire from the saddle after riding Better Than Magic in the race. Berry is Remington Park's all-time leading jockey by wins and earnings.

The Springboard Mile is slated for 5:42pm as the 10th race on a program of 10. The other stakes races on the final day of the Remington Park season include: