Street Band to work early next week ahead of Apple Blossom 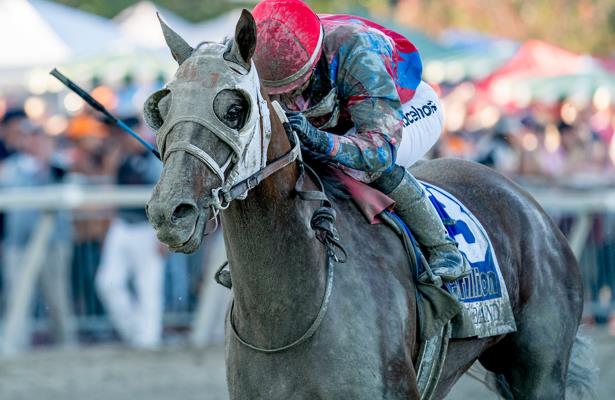 Street Band will be breezing for the first time since finishing fourth, beaten 8 ¼ lengths by Serengeti Empress, in the $350,000 Azeri Stakes (G2) March 14, the final major local prep for the Apple Blossom. The Azeri, run over a sloppy, sealed surface, continued Street Band’s pattern of following up a strong performance with a disappointing one, Jones said.

Jones said Sophie Doyle, Street Band’s regular rider, is scheduled to have the mount for the 1 1/16-mile Apple Blossom, one of the country’s most prestigious two-turn events for older fillies and mares.

Jones saddled Havre de Grace to win the 2011 Apple Blossom, one of her five stakes victories that year en route to Horse of the Year honors. She won the Azeri in her seasonal debut.