Streaking Express Train is on track for the Hollywood Gold Cup 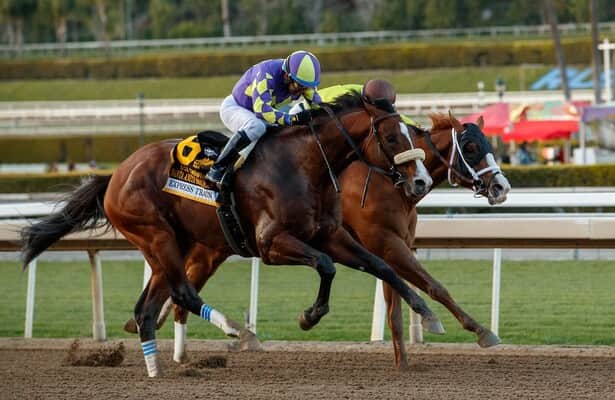 After hinting at the possibility from the winner’s circle Saturday, trainer John Shirreffs confirmed the plan on Tuesday.

Last year, Express Train was third in the Gold Cup after missing by a half length in the Big ’Cap.

Express Train became racing’s newest millionaire when gamely fending off eastern invader Warrant by a head to win the Santa Anita Handicap. It was also his first Grade 1 win and first victory at 10 furlongs.