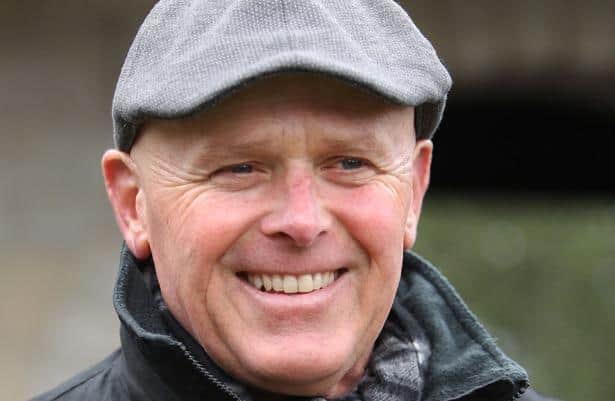 Photo: Coady
Dare to Dream Stable's Embolden put up a game fight to finish second to Jack and Noah in Saturday’s Atlantic Beach Stakes, a six-furlong contest for 2-year-olds on Aqueduct’s outer turf course. The Michael Stidham trainee was making his first start since running third in the Futurity (G3) in October at Belmont.
"Watching the race I thought he gave a good effort," Stidham told the NYRA Press Office. "He had to encounter some traffic coming for home getting off the rail. If he could have stayed closer it might have been a little closer, but we'll look to move forward with him off that performance."
Purchased for $95,000 in April at the Ocala Breeders' 2-year-olds in training sale, the son of The Factor began his career on the dirt, where he ran second in his debut at Monmouth Park in July. He then won back-to-back turf starts, including a 3 ¾-length win in the Jamestown at Colonial Downs on Sept. 7., prior to running third in the Futurity.
Exiting Saturday's race in good order, Stidham said a return to dirt may be next on the horizon for Embolden.

"We're looking to possibly bring him back on the dirt in a race like the Springboard Mile [Dec. 15] at Remington Park," said Stidham.