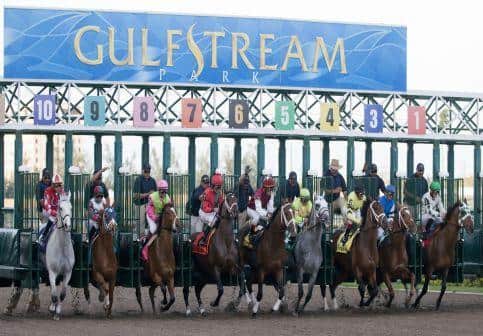 Throughout the year, the NTRA will provide a guide to the best stakes races in North America and beyond. Races are listed in chronological order (all times Eastern).

Graded stakes winner Performer will make his seasonal bow and first start outside of New York when he heads up the field in the one-mile Fred W. Hooper Stakes. Trained by Shug McGaughey, Performer has five wins from seven starts and has not finished worse than third in his career. The son of Speightstown most recently ran third in the Cigar Mile Handicap (G1) on Dec. 5.

Stakes winner Vigilantes Way seeks her second win over the Gulfstream Park turf course when she headlines a field of 10 in the one-mile Marshua's River Stakes. The 4-year-old daughter of Medaglia d'Oro comes into Saturday’s test off a victory in the Tropical Park Oaks at Gulfstream on Dec. 26. That outing marked the first stakes win for the Phipps Stable homebred in eight career starts.

Regally-bred Always Shopping has shown an affinity for the Gulfstream Park turf in recent months and aims to keep that momentum going in the 12-furlong La Prevoyante Stakes on Saturday. Out of Stopshoppingmaria - the runner-up in the 2011 Breeders’ Cup Juvenile Fillies Turf - Always Shopping has won two of her last three starts with both of those victories coming over the Gulfstream turf. The daughter of Awesome Again took the Monroe Stakes on September 7 and enters Saturday’s race off a victory in the Via Borghese Stakes on Dec.19.

2W Stables’ Bronx Beauty, an eight-time stakes winner over her first four seasons of racing, continues the pursuit of her elusive first graded triumph in Saturday’s Inside Information. Bronx Beauty owns 10 wins and $618,070 in purse earnings from 25 career starts, all for owners Richard and Marie Woll, for whom Margotta purchased the now 6-year-old mare as a yearling. Twenty-two of Bronx Beauty’s starts have come in stakes, six of them graded, including a head loss to Lady’s Island in the Dec. 12 Sugar Swirl (G3) at Gulfstream, a race where the winner survived a jockey’s objection for interference to earn her second straight win in the six-furlong sprint

Veteran Grade 1 winner Sadler’s Joy will try and notch his first victory in more than a year when he takes on 10 challengers in the 1 ½-miles W.L. McKnight. Trained by Tom Albertrani, Sadler’s Joy last visited the winner’s circle in November 2019 when he took the Red Smith Stakes (G3). The son of Kitten’s Joy most recently finished fourth in the 2020 edition of the Red Smith Stakes and was third in the 2020 Mac Diarmida Stakes last February over the Gulfstream course.

Robert and Lawana Low’s Colonel Liam, making just his sixth career start and first in graded company, figures to garner plenty of support in the third running of the 1 3/16-mile Pegasus World Cup Turf Invitational. Colonel Liam was made the narrow 7-2 program favorite over stablemate Largent (9-2) in a field of a dozen stakes winners, 10 of them graded, including Grade 1 winners Aquaphobia, Next Shares, Say the Word and Storm the Court, the 2-year-old male champion of 2019. Colonel Liam and Largent are part of trainer Todd Pletcher’s triple threat that includes Social Paranoia, also among the five horses listed at less than double-digit odds.

Korea Racing Authority’s Knicks Go is scheduled to seek the biggest payday of his career in Saturday’s $3 million Pegasus World Cup Championship Invitational. Knicks Go will enter the fifth running of the Pegasus off three straight victories in as many starts in 2020, including a track record-breaking triumph under Joel Rosario in the Breeders’ Cup Dirt Mile at Keeneland. Installed as the 5-2 morning-line favorite in a field of 12, Knicks Go will have to prove himself by trying to carry his abundant speed beyond 1 1/16-miles, the longest distance he has run during his 17-race career.

Veteran gelding Captain Scotty is back to defend his title as he heads a field of eight older horses going six furlongs in Saturday’s Palos Verdes Stakes. A 7-year-old son of Quality Road, Captain Scotty gives trainer Peter Miller a strong one-two punch as he’ll be joined by stablemate Shashashakemeup, who comes off a big second place finish in his first start off a $50,000 claim at Churchill Downs. Jay Em Ess Stables’ California-bred Take the One O One shortens up out of a close third at 29-1 in the San Antonio Stakes (G2) while Ax Man, idle since fourth in the San Diego Handicap (G2) at 1 1/16 miles July 25, looms dangerous off the bench for Bob Baffert.