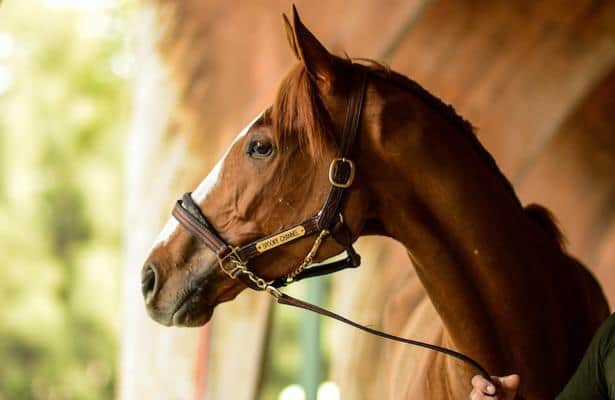 Never more than about six lengths off the pace in the early stages of the 1½-miles turf fixture from an outside starting position, Brian Lynch-trained Spooky Channel moved closer to contention in the third turn and continued to quicken in the stretch. He collared Cross Border in the final strides, stopped the timer in 2:26.16 and paid $74.60. Apreciado finished third and Red Knight, the 4-5 favorite, was fourth.

"He broke pretty good from the outside and got covered up on the first turn," Leparoux said. "I decided to make a move early on because the way the track is playing and he kept going all the way to the wire.”

Hamilton’s 5-year-old English Channel gelding had dominated at Turf Paradise, but was winless in three starts since he was moved east for stakes races at Canterbury Downs, Arlington Park and Gulfstream.

"He's a marathon horse," Lynch said, "and it's nice to get him out of Turf Paradise and let him show he can fit with these horses out here, because that was a field of good field of stayers right there."

Spooky Channel gets up in time to win the W. L. McKnight Stakes at @GulfstreamPark at 35-1! pic.twitter.com/cx3Op0Ga4k