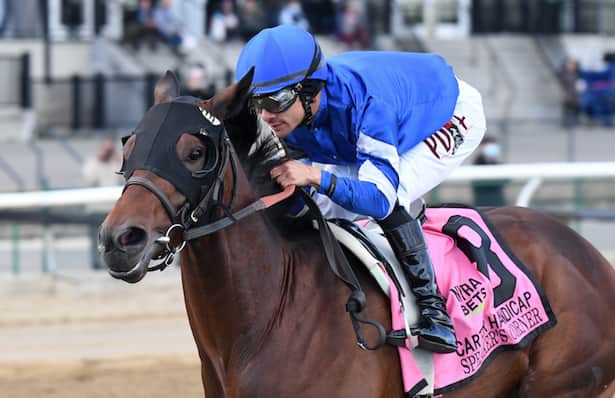 Godolphin’s Speaker’s Corner, winner of this year’s Carter Handicap (G1), tops a competitive field of 10 older horses who were entered in Saturday’s 30th running of the Grade 3, $300,000 Ack Ack at Churchill Downs.

Trained by Bill Mott, Speaker’s Corner arrived at Churchill Downs on Wednesday morning from his main base at Saratoga. The 4-year-old son of Street Sense is a three-time graded stakes winner. He previously won the Fred Hooper (G3) and Gulfstream Park Mile (G2) earlier this year. Three starts ago, Speaker’s Corner finished third to the world’s top-rated horse, Flightline, in the Metropolitan Handicap (G1). In his last start, Speaker’s Corner was the even-money favorite in the Pat O’Brien (G2) but faded to fourth after dueling on the pace in the early stages of the Aug. 27 race. Junior Alvarado will have the mount in the Ack Ack and will break from the rail.