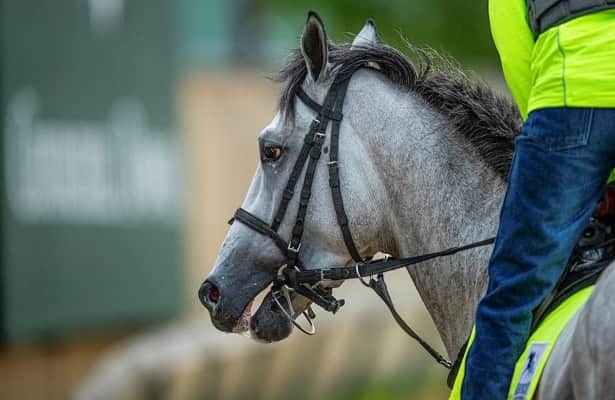 If you wondered why Tyler Gaffalione eased Soup and Sandwich and finished last in the Kentucky Derby, you probably are not alone.

That is why trainer Mark Casse wants to get the word out that the problem was a soft palate displacement, that it was a temporary occurrence, and that the Into Mischief colt is "fine" now.

"I see it happen a lot of times with horses making their first or second start," Casse told Horse Racing Nation Sunday morning. "They get just so excited that their soft palate comes up and it goes over the top of the epiglottis. And then as soon as you kind of let them catch their air for a second it'll fix itself and they're fine."

But when that happened Saturday, "it was too late. And Tyler did the right thing, he let him just kind of go around there."

[RELATED – What we learned: Medina Spirit excels on lead in Kentucky Derby]

Casse said Soup and Sandwich was scoped immediately after the race, and "he did not bleed at all, he was perfect. And his throat had great function."

And the Live Oak Plantation homebred showed no ill effects on Sunday.

"He was moving no different this morning than he was prior to the race," Casse said. "He looked great. And the other thing was, he was full of himself, jumping around. He had great energy this morning."

Casse said he does not know what the next move will be for Soup and Sandwich or for his other Kentucky Derby starter, Helium, who finished eighth.

"We're going to rest. We all need a rest. It's kind of figure it out from there."