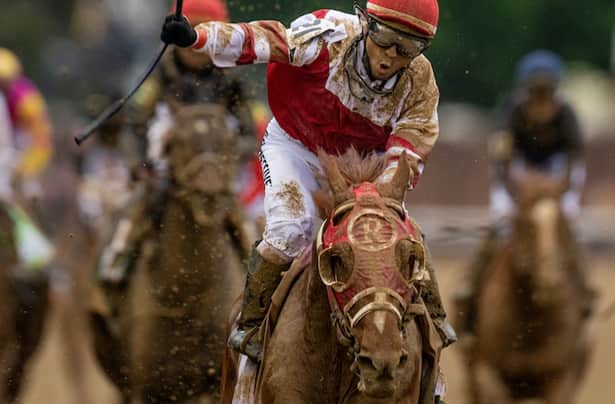 Kentucky Derby-winning jockey Sonny Leon made a triumphant return to Gulfstream Park Saturday, visiting the winner’s circle with two of six mounts on his first day since moving his tack from the Ohio circuit.

Leon, who rode his first race and first winner in the U.S. at Gulfstream in 2015 after venturing from Venezuela, scored aboard She’s Classy ($6.40) in Race 4.

The 32-year-old journeyman, who has been riding in Ohio for the past several years, gave the Jose D’Angelo-trained She’s Classy a perfectly executed ground-saving trip in the five-furlong sprint on the Tapeta surface. He rated the daughter of Gone Astray a few lengths behind the pacesetter into the stretch before launching a winning drive along the rail.

Leon was welcomed back to the winner’s circle with a hearty round of applause from the fans on the grandstand apron who were obviously well aware of the celebrity status he had earned at Churchill Downs on May 7. Rich Strike, an 80-1 longshot, rallied along the rail to win the Derby, following a masterful ground-saving trip under Leon.

“That was so exciting to win the Derby with my family there, especially my daughter,” said the father of 17-month-old Paula said.