Smith Optimistic About Vivo Per Lei 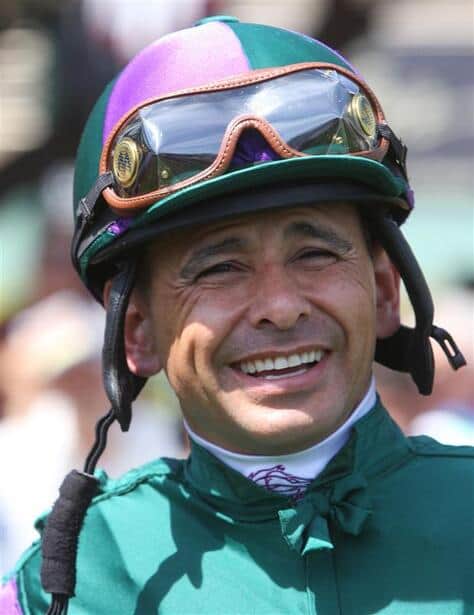 Everybody’s got a Bobby Frankel story. Everybody who knew him, anyway.

Mike Smith is no exception. The 47-year-old Hall of Fame rider rode one of the last stakes winners saddled by Frankel before he died at the age of 68 on Nov. 16, 2009, when he piloted champion filly Stardom Bound to victory in the Grade I Santa Anita Oaks on March 7 of that year.

As for Vivo Per Lei, Smith rode the 5-year-old mare by Empire Maker (who won the 2003 Belmont Stakes for Frankel) once, finishing an eventful third in the Grade II Goldikova Nov. 4 at Santa Anita.

“I was having a great trip, down in the pocket, and all I needed was a place to run when it came time, but I never really got it until it was too late,” Smith recalled. “I was looking for it off the turn but didn’t get it until about the 16th pole. She should improve, so we’ll see how much.

“The Goldikova wasn’t a bad race by any means. She has a real quick turn of foot but I didn’t get her clear enough early enough.

Regarding Frankel, Smith said, “I didn’t get to ride for Bobby a whole lot, although I really admired him. I won one of the last Grade I races he won on Stardom Bound and I have the picture of her and Bobby in the winner’s circle hanging in my house.”

Barn Tour: Could one of these 9 be Barclay Tagg's next star?
Check out Barn Tours on Horse Racing Nation Doug O...