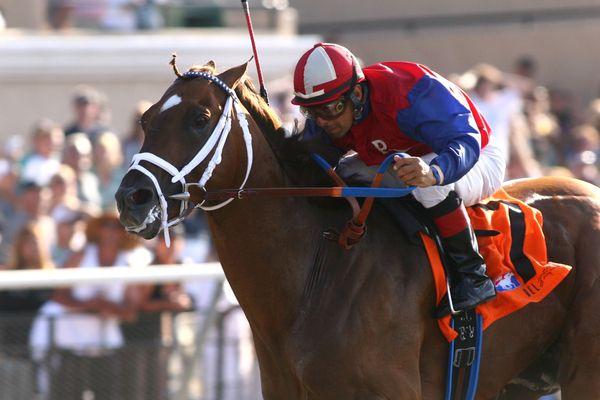 Jeff Bonde's sprint specialist was last seen winning the seven furlong San Carlos at Santa Anita in February and he is more than capable at today's six furlong distance. He sports a pair of local bullets and figures in the hunt throughout under Joel Rosario but there are a few chinks in the armor. The fleet son of Hold That Tiger has only captured two of his last six starts and owns a single tally in five conventional dirt outings.

Chief Of Affairs exits a sharp wire job tally in the Hot Springs and the speedy gelding must be respected in his current form for Cliff Berry and Bret Calhoun. He has the speed to go all the way in this spot.

The likely upsetter is Holyfield. Tony's Dutrow's consistent colt has won three straight at this distance including his last pair at Oaklawn. He looked great on March 5 and projects an outside stalk and pounce trip.

Riley Tucker has dropped three straight but the 6-year-old horse is capable of running with these on his best day. Corey Nakatani and Steve Asmussen are 2-for-2 together recently and a ground saving tactical journey is anticipated.

Beaten Hot Springs favorite Native Ruler tries to rebound for Chris Richard. The veteran campaigner is a 12-time winner at six furlongs and will try to get involved late under Terry Thompson.