Smarty Jones returning to Parx on his namesake race day 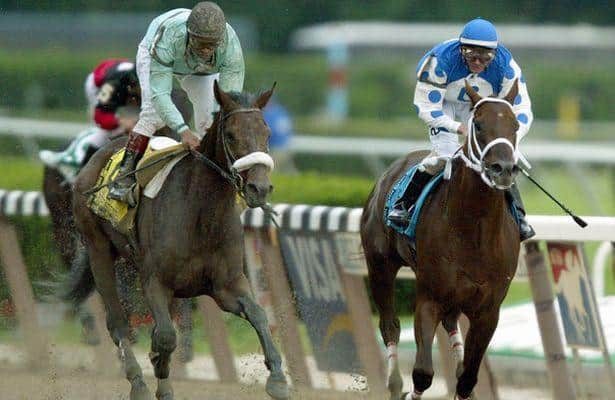 Live racing resumes Saturday at Parx as the track kicks off a long Labor Day weekend of racing highlighted by the return of Smarty Jones.

The Labor Day racing program will offer 12 races, including seven stakes, highlighted by the Grade 3, $300,000 Smarty Jones Stakes for 3-year-olds going a mile. It's a natural progression from there to Parx's Sept. 21 Pennsylvania Derby (G1), a $1 million race at 1 1/8 miles.

Also Monday is the Grade 3, $300,000 Turf Monster Handicap going five furlongs on the grass. The race is expected to attract multiple graded stakes winner Pure Sensation, an 8-year-old who has won the Turf Monster in three of the last four years.

With racing returning to the Bensalem, Pa., track, Parx will also add Sundays to its live schedule, now offering live racing Saturday through Tuesday until the first week of December. With the exception of Labor Day, post time will be 12:55 p.m. ET.