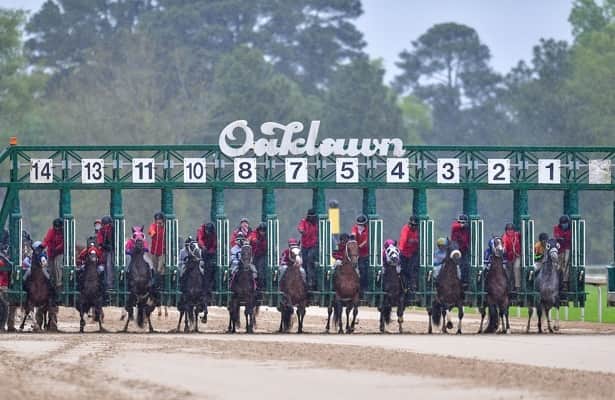 The Kentucky Derby trail stops in Arkansas on Saturday, when a crop of 14 newly minted 3-year-olds will fill the gate at Oaklawn for the $250,000 Smarty Jones Stakes, a one-mile race which offers Derby points payouts of 10-4-2-1 to the top four finishers.

No Derby winner has ever emerged from the Smarty Jones. The last Derby starter to come out of the race was Long Range Toddy, who finished second in the 2019 Smarty Jones before finishing 16th in the 2019 Run for the Rose, only ahead of the disqualified Maximum Security.

Trainer Brad Cox won the Smarty Jones last year with Caddo River. He is well represented for the 2022 edition of the race with two entries, Vivar and Home Brew.

Vivar will will break from post 8 with Martin Garcia in the irons. The Cairo Prince colt comes into the race off a sixth-place effort in the Kentucky Jockey Club (G2) at Churchill Downs on Nov. 27, a race that also included Smarty Jones entrant Ben Diesel, who finished fourth.

Before that, Vivar had won two races in a row, breaking his maiden going a mile on the turf at Kentucky Downs before winning an allowance on dirt at Ellis Park.

Cox’s other entry, Home Brew, comes into the race off of a win at Oaklawn on Dec. 4, going the same one-mile distance as the Smarty Jones. The Street Sense colt will start from post 3 with Florent Geroux aboard.

Hall of Famer Steve Asmussen has three entered in the Smarty Jones. All in Sync will be making his stakes debut, starting from post 2 with Ricardo Santana Jr. riding.

The Maclean’s Music colt graduated on Nov. 2 at Churchill Downs, winning at six furlongs. He finished second going the same distance in October at Keeneland.

Asmussen also entered Cairama and Cool Papa G. They drew posts 11 and 12 respectively and will be ridden by Geovanni Franco and Ramon Vazquez.

Cairama comes to the Smarty Jones off a third place effort in the Advent at Oaklawn, going six furlongs. He previously finished fifth going the mile at Belmont Park in the Nashua (G3).

Cool Papa G finished third in the Lively Shively at Churchill Downs on Nov. 21. He broke his maiden under the twin spires in June.

Trainer John Ortiz will have Barber Road in the race, fresh off a second-place effort in the Lively Shively. Before that, he had two straight wins, including an allowance race going 6 1/2 furlongs at Churchill.

By the Tapit stallion Race Day, he will start from post 10 with Reylu Gutierrez in the irons.

The only entry in the Smarty Jones with a stakes win is Kavod, who won the six-furlong Advent at Oaklawn by a length in his most recent trip. Running for trainer Chris Hartman from post 4, Francisco Arrieta has the ride on the Lea colt.

The Smarty Jones is the ninth race Saturday with a scheduled post time of 5:13 p.m. EST.