Six confirmed, but Fountain of Youth field figures to grow 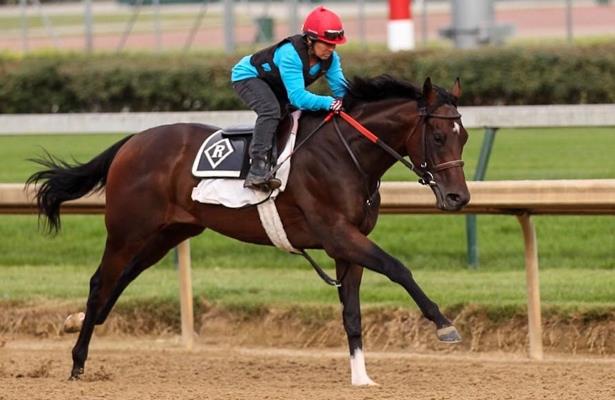 Gulfstream Park’s Grade 2, $400,000 Fountain of Youth Stakes will on Saturday award 50 Kentucky Derby 2020 qualifying points to its winner — in all likelihood, enough to make the gate this May at Churchill Downs.

The Gulfstream racing office considers six contenders confirmed, but the field only figures to grow until entries close for the 1 1/16-mile race.

Dennis’ Moment and Chance It were to submit final Fountain of Youth works Sunday morning and will be prominent in the wagering. The former hasn’t run since stumbling from the gate as the Breeders’ Cup Juvenile favorite, while the latter won the local Mucho Macho Man Stakes on Jan. 4 going a one-turn mile.

As Seen On Tv, a close second to Chance It in the Mucho Macho Man, will look to turn the tables. Sole Volante ran third that day and went on to flatter Chance It and As Seen On Tv with a victory in Tampa Bay Downs’ Sam F. Davis Stakes (G3) earlier this month.

Continuing to show the Fountain of Youth’s depth, the Remsen Stakes (G2) winner Shotski will ship in from Maryland, where he’s stabled with trainer Jeremiah O’Dwyer. Since then, the speedy Blame colt ran second in Aqueduct’s Withers (G3). He’ll cut back in distance from the pair of 1 1/8-mile races.

Third in the Breeders’ Cup Juvenile Turf, Gear Jockey is poised to maintain a switch in surfaces. Still a maiden, he was fifth on Dec. 28 in a Gulfstream Park race for non-winners. He might not be the biggest name in the field transitioning from the lawn, as the Juvenile Turf winner Structor is possible to appear here. Chad Brown has him coming in with a work pattern similar to Good Magic in 2018 — a bit light, with room for improvement into the spring.

The final confirmed starter for now is Ete Indien, who won a one-mile allowance at Gulfstream back in November before finishing three lengths back of Tiz the Law in the Holy Bull (G3) as that one delivered the fastest two-turn performance by a 3-year-old so far this season. It was another 11 1/2 lengths to third.

The Todd Pletcher barn is packed with maiden winners looking to make their next steps, and among them, Palm Springs, Texas Swing and Candy Tycoon were each nominated to the Fountain of Youth. None are declared, and perhaps chances are slim, as Pletcher’s fist all rider John Velazquez accepted the mount aboard Shotski.

Big City Bob is another possibility from the list of 30 nominations. He hasn’t run since finishing third in the Champagne (G1) last fall and would be making a two-turn debut. Could his race similarly see Green Light Go stretch out? The Grade 2 winner started his season with a third in the seven-furlong Swale Stakes (G3) and most recently worked six furlongs Friday at Palm Meadows Training Center.

The full points payout for the Fountain of Youth is 50-20-10-5. Locally, it precedes the March 28 Florida Derby (G1) on the Derby trail. Entries close Wednesday.